In a letter addressed to the Electoral Commission (EC), Adyeke noted that she was never interested in the race and requested that she pulls out of the contest.

The move has since been condemned by her party, FDC, who threatened to sue the Electoral Commission should it go ahead to withdraw her candidature without the consent of party which sponsored her.

Addressing the party’s weekly press conference at the party headquarters in Kampala, FDC Spokesperson, Ibrahim Semujju Nganda said the party has received unconfirmed reports that Adyeke was bribed out of the race by the NRM National Chairman, President Museveni, allegedly with a fee of Shs 1.2bn.

“Our candidate was controversially negotiated out of the race; we received news on Wednesday 11th September at the party headquarters by the FDC local leadership that our candidate had started behaving strangely, she was not moving with the other team that is campaigning in other positions,” Semujju said.

Semujju added that, “We were told later that she had switched off her phones and she was driven to Moroto where Museveni was hosting the Kenyan president. She held a meeting with Museveni who offered her Shs 1.2bn and promised her a job, though we are still investigating the allegations”.

He said that it is so embarrassing that Adyeke would allow such a bribe despite being sponsored by FDC party that paid her nomination fees and printed her posters.

“In a by-election, we almost fully sponsor our candidates, she didn’t inform the party. We only learnt that she was behaving strangely, holding meetings with Museveni and now she has written to EC to withdrawal,” a seemingly disappointed Semujju said.

He told reporters that even though there may be no law barring Adyeke from withdrawing her candidature, it would be good decorum for her to seek consent from the party that sponsored her in the contest, before making such a decision.

The party mouth piece noted that FDC won’t allow its members to negotiate deals with their political enemies at the expense of the party.

He further accused President Museveni of micromanaging elections in the country by determining which candidate stands in which position.

“You know that in the country now removing and withdrawing a candidate is entrenched on Mr. Museveni; you remember last year that our candidate in Palisa, Catherine Achola who added the name of her husband but the EC connived with Museveni to disqualify her,” he said. 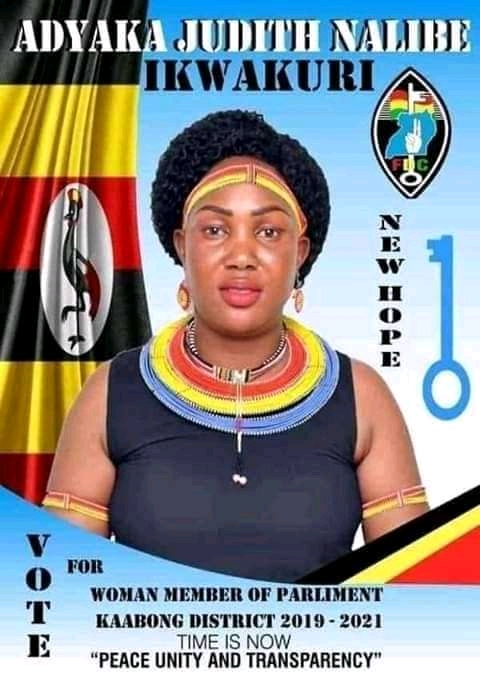