A court clerk in Kabale has succumbed to injuries sustained following a fatal motor accident that occurred on Monday night.

Darius Kamugisha, a court clerk in the Kabale magistrate’s court died on Tuesday in Lyantode while he was being transported to the national referral hospital Mulago in Kampala.

He was involved in a fatal motor accident, according to Elly Matte, the Police spokesperson for Kigezi region.

“Police in Kabale is investigating circumstances under which a court clerk overturned and got critically injured,” Matte said in a statement on Tuesday.

Kamugisha was driving a Toyota Premio Reg No UAS 245T on Monday night when the vehicle overturned at  Nyakigugwe along the Kabale – Mbarara road. He was driving towards Kabale.

Police was notified and visited the scene where Kamugisha was rescued and rushed to Rugarama hospital in Kabale municipality where was referred to Mbarara.

Medics in Mbarara made a referral to Mulago hospital in Kampala. He was transported while on oxygen with swollen head and chest plus other bodily injuries. Unfortunately, he could not make it to Kampala. 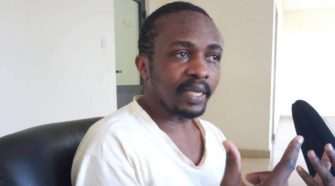