High court in Kabale presided over by Justice Kawumi Kazibwe has dismissed the petition filed by NRM’s Winfred Masiko challenging the election of Betty Muzanira as Rukungiri woman Member of Parliament.

Masiko had been declared the Woman MP for Rukungiri in the 2016 general elections.

However, her rival, Betty Muzanira contested the outcomes and took the matter to court. She claimed the electoral exercise has been characterized by by irregularities especially in the three sub-counties of Nyakishenyi, Nyarushanje and Nyakagyeme.

In April, Court of Appeals to. ruled in favor of Muzanira and ordered for fresh elections which were held in May 2018.

The May by-election was won by Betty Muzanira. Out of the total 98,167 valid votes cast, Betty Muzanira garnered 50,611 votes beating Masiko who polled 46,379 votes with a difference of 4,232 votes.

However, Masiko challenged the results in a court petition filed in July 2018. She had cited electoral malpractices and sought fresh elections.

However Court has now ruled that the current woman MP for Rukungiri district was validly nominated and elected. The Judge said there was no substantive evidence to show that the elections were not fair or to qualify the petitioner’s allegations.

He dismissed the case with costs. 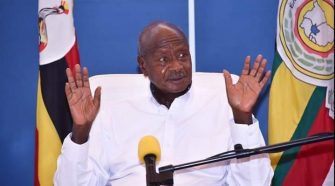