KABALE – Mercy Kirande, the mother of Bethany Nimurungi, the 9-year-old child who was recently picked from Bishop Asili Memorial Nursery and Primary School has explained factors behind her action.

Kirande, in an audio recording she sent to the school management accessed by our reporter said that she opted to take her child from the Kabale based school for purposes of safety and to ensure a better life for her.

Despite using illegal means to get hold of the child, Kirande apologises to the school confirming that the child is currently in safe hands of her mother.

She said that since her break-up with the child’s father, Tadeo Ruzindantaro, the child has been undergoing untold suffering due to the carelessness of her dad.

“When I left my child with the father I expected him to take good care of her. Before I went to South Africa, I had separated with Tadeo in 2010. I later asked him to take care of the child but he refused. I even went to the family court but it all never helped.

I then took my child to some relatives but realised that they could not help her that much. This prompted me to take her to Tadeo’s parents.

When I arrived in South Africa in 2011, I started sending money and upkeep to my child back at home,” she explained.

Kirande while in South Africa kept trying to reach out to her child to know how she was fairing in vain until a close relative made it possible for her.

“I would keep calling there to know how my child was fairing but they would all keep dodging me. Through my former husband’s cousin sister, I was able to start talking to my child.

In the long run, when they learnt that I was talking to the child, they chased that sister from home. Since then, I had never connected with my child up to 2018 when I came back to Uganda,” she added.

Kirande adds that her former husband kept on calling her often demanding for school fees and other scholastic materials for her child.

“At the beginning of this year, he called me asking for money to take the child to the boarding section of the school. A month later, he asked me for some money to give her for visiting day. I kept on asking for pictures of my child but they did not respond”.

“On the visiting day, I asked my grandmother to go and visit the child but I was later informed by Tadeo that my grandmother could not see her,” Bethany’s mother narrated.

She was only chanced to see her child upon return to Uganda this year.

“I travelled to Uganda and called Tadeo to send me the child in Kampala which he did. We met as a family and had some good time together”.

Later, the dad left for Kabale and after the weekend, she traveled with the daughter back to Kabale. In a bid to show her appreciation of Tadeo and his wife’s care for Bethany, she took the two to Lake Bunyonyi for a day out.

Due to suspicion, Kirande felt inquisitive about her child’s performance at school.

“I asked to go to school to check out my child’s performance, I discovered that there was a series of unsettled bills. I was just heartbroken to find that my child even lacked other scholastic materials. I settled all the existing bills there and then,” explained Kirande.

Having learnt of what she had done at school, the girl’s father (Tadeo) is said to have later sent her a message expressing his dissatisfaction with the events at school.

At that point, Kirande felt that getting her child intact was the solution to that problem.

“I wrote a letter to the school asking for my child to take her for medical care. This was the only safe way I used to have my child in my hands. I took my child to stay with me to save her the suffering that her father had subjected her to,” she added.

In the recording, she does not reveal her whereabouts and the child.

Now, the father of the child has sued the school (Bishop Asili Memorial Nursery and Primary School) for the disappearance of his child. Through his lawyer Timothy Twikirize, the father of the child claims that on April 23, without his knowledge and consent, the school head teacher, Sister Margaret Tusiime collaborated with the child’s mother to smuggle Nimurungi, a Primary Four pupil, to South Africa where Kirande resides.

Tadeo married Kirande in 2003 before the couple divorced in 2010. He claims that in 2010, Kirande left their daughter, who was almost two-months-old, with him before setting up residence in South Africa.

Tadeo claims that when his current wife, Innocent Tukamushaba went to the school to pick Nimurungi’s report form, she was informed by one of the teachers that the pupil sat for only two exams before she was taken to South Africa by Kirande with the help of the head teacher.

This prompted the father to report the case at Kabale Police Station under file number SD 57/26/04/2018 before he was advised to file a civil suit in the High court.

He argues that after his child was smuggled from school to South Africa without his knowledge and consent, he has suffered inconvenience and psychological torture.

Now, he wants court to order the school to return the child back to Uganda so that she resumes her education. He also seeks that court compels the school to award him general damages for inconvenience, psychological and emotional torture and loss.

Sister Margaret Tusiime (head teacher) said she was aware of the matter and that the school’s lawyers were handling the matter.

The headteacher however revealed that Kirande only requested to go with the girl to Kampala to get medical treatment for stomach complications for one week which has since elapsed.

She further said that the school had not been informed by the child’s father of his separation with the mother.

“As a school we could not fail to give a child to her mother when she asked to have her for medical check up because we were sure she was safe,” Sister Tusiime added. 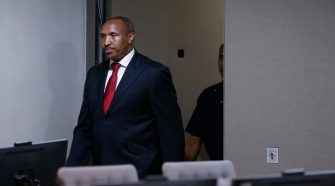