GOMA – Joseph Kabila, the President of the Democratic Republic of Congo, on Thursday addressed parliament but didn’t as expected mention whether he intends to step down less than four months before the presidential election is held on December 23.

His refusal to step down at the end of his mandate in 2016 and delayed elections have sparked crisis in the central African nation of 70 million people.

“Many Congolese people had expected Kabila to make announcement that he is stepping down. People thought this is going to be his last speech,” said opposition lawmaker Martin Fayulu.

“His much-awaited speech largely emphasized sovereignty and said nothing about his political future. Still no clear sign he’s planning to step down in accordance with the constitution and allow for credible vote. International and regional pressure needed now to convince him to change course,” said Ida Sawyer of Human Rights Watch.

Kabila, who has ruled DR Congo since 2001, following the assassination of his father, was due to step down at the end of his second term in December 2016 after the election of a successor.

The vote was postponed and Kabila remained in office, sparking regular protests in which dozens of people have been killed by security forces.

A UN report released on Wednesday indicates more than 3,000 human rights cases related to political violence carried out by the military, FARDC.

Kabila’s perceived illegitimacy has also become a rallying cry for a dozen of eastern militias, where many civilians have been killed. A conflict in the central Kasai region has claimed thousands of lives since August 2016, local human rights have said.

Observers fear Kabila’s refusal to step down will further trigger the crisis that could plunge DRC, which has never known peaceful transfer of power since gaining independence from Belgium in 1960, into a prolonged period of civil war.

In his 35 minute speech, Kabila said presidential elections will be managed and financed by the people of Congo, warning against foreign interference.

“The DRC has never given a lesson to anyone and is not prepared to receive it, especially from those who assassinated our democracy,” Kabila said. 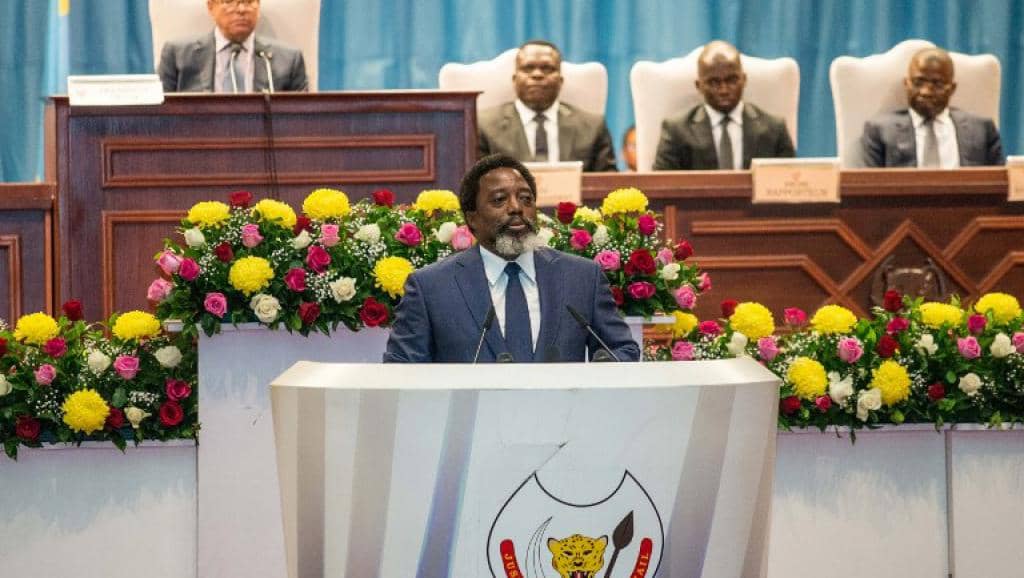