Parliament has directed the Minister of Justice and Constitutional Affairs, Gen Kahinda Otafire to appear before the House and explain why government has failed to present the relevant Constitutional reforms as recommended by the Supreme Court.

The Supreme Court in its ruling in the election petition that was filed by former presidential candidate Amama Mbabazi highlighted 10 points that need reforms before the next general elections in 2021.

On Wednesday afternoon, Speaker Rebecca Kadaga noted that for the last two years, government has remained adamant on presenting the reforms even when she has made efforts to remind them to bring the necessary legislation.

She worried that the delays in presenting the reforms might cause panic and stampede in Parliament as the reforms will not be accorded appropriate time for discussion before they are passed.

Kadaga said that towards the end of last year, the Electoral Commission produced a road map for 2021 general elections but for the last two sessions, nothing has been done in line with achieving electoral reforms.

“I have been appealing to government to bring the necessary legislation that we can handle them but despite this, the Minister of Justice has remained silent on the issue of electoral reforms, no reports have been given, obviously may be they expect as usual to stampede Parliament,” Kadaga said.

Kadaga stated that that manner of doing business is indicative of how much government doesn’t respect Parliament.

“I therefore direct the Minister to appear on Tuesday next to advise on the process of electoral reforms so that we can work out a legislative program for the remaining period of the 10th Parliament,” Kadaga Directs. 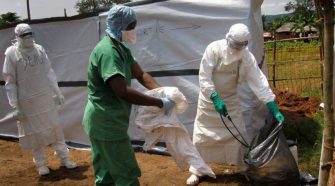 WHO Says a Congolese Doctor Has Been Infected with Ebola, Hospitalized