Parliament’s Plenary has this afternoon kicked off with Speaker Kadaga confirming that the ‘age limit’ report by the Legal and Parliamentary Affairs Committee will be tabled and debated on Monday, 18 December 2017.

The bill seeks to repeal Article 102 (b) of the Constitution to remove the upper 75 years and lowe 35 years age caps for presidential candidates.

“Hon. Members, I received a report from the Legal and Parliamentary Affairs Committee yesterday, as well as the minority report and Parliament shall convene on Monday at 9:00 am to receive and debate the two reports,” Speaker Kadaga told MPs.

The Speaker asked Members of Parliament to use the weekend to go through the report so that they can contribute meaningfully to debate on Monday.

“I now ask the Clerk to provide the report to all members so that they go through it and prepare for debate,” Kadaga added, bringing to an end speculation about when the report would be tabled after it did not appear on the Order Paper the whole of this week.

However, asking MPs to use the weekend to internalise the report is departure from Parliament’s norm of utilising weekends for Members’ consultation of constituents. The norm has been to reports on Tuesdays, Wednesdays and Thursdays.

It is expected that Ugandans will on Monday be glued onto television channels and social media platforms to follow the house proceedings. 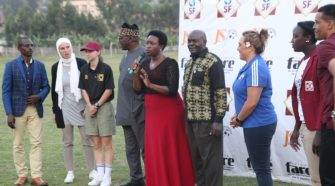