An eight-member all-women committee has been set up to investigate claims that some Members of Parliament have been sexually harassing their Personal and Research Assistants.

The committee was instituted by the Speaker of Parliament, Rebecca Kadaga following a petition by the Personal and Research Assistants to Members of Parliament.

The aggrieved seek among others, the Speaker’s intervention to address the vice.

During their interaction with Kadaga on Monday this week, some of the female employees said they face sexual harassment from MPs who employ them but most of them have kept quiet out of fear of losing their jobs.

In a bid to urgently address the matter, the Speaker has formed a committee of senior women to probe into the allegations as well as advise the female workers on how to can avoid being sexually exploited by their bosses who employ them.

During their interface with Speaker on Monday, the group led by Festo Kajura on the other hand requested to be incorporated in the Parliament payment structure decrying the poor pay by legislators. Legislators have the discretion to hire or not to hire Personal Assistants. Currently, some MPs manage without these assistants.

According to Kajura, the assistants are paid between Shs 300,000 and Shs 350,000 per month which he said is not adequate to sustain their livelihoods.

Kajura requested that Parliament considers extending to them some transport and lunch allowances as well as ensuring their job security.

The Speaker promised that their issues will be handled once the House resumes for the next sitting. 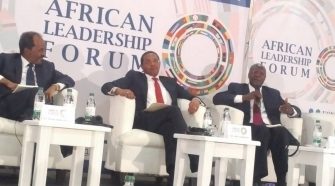