The Speaker of Parliament, Rebecca Kadaga has Wednesday afternoon adjourned the House sine die (to a date to be named) after government failed to present a statement in response to the concerns by fishing communities who claim they are mistreated by the UPDF fisheries unit.

It so happened that the Prime Minister was not present in the House on Wednesday, however, he was represented by the first Deputy Prime Minister, Gen. Moses Ali.

Gen Ali told the Speaker that Prime Minister Rugunda was away representing the President at an international convention.

This prompted members to put the General to order, noting that this is a clear indication that government is neither willing to sort out the concerns of people in the fishing communities nor respect orders issued by Parliament.

However, the State Minister for Veteran Affairs, Bright Rwamirama requested that the House grants government two weeks to gather all the relevant information and report back to Parliament.

This request as well was turned down as legislators insisted that the Speaker adjourns the House until government honors the orders that were issued by the Speaker on Tuesday.

“It is very unfortunate that the Prime Minister is not in the House and government is not willing to present the statement,” said Kilak South MP, Gilbert Olanya.

“This undermines the powers of the House and shows that there is no respect to Parliament, we need to be firm and let the Minister present the statement now as you ordered yesterday,” he added.

The Speaker later ruled to adjourn the House to a later date ordering the Minister for Defence to make a statement on Tuesday.

“What we can say is that the Ministry of Defence is notorious for not responding to the issues raised in this House by members,” Speaker Kadaga said.

“I find it difficult to grant the two weeks, you are aware about these issues, we want your answer on Tuesday without fail,” the Speaker added before she adjourned plenary. 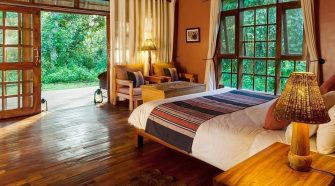