The Speaker of Parliament, Rebecca Kadaga on Wednesday ordered the Parliamentary Health committee to investigate claims that some of money that was approved for the construction of the specialized private hospital in Lubowa has already been misused.

In March, 2019, Parliament approved government proposal to give promissory note worth USD 379.7 million to an Italian investor, Finasi Roko Consortium to construct a specialized hospital in Lubowa.

Despite some members of the House as well as the public raising several reservations over government’s move, Parliament chaired by the Speaker, Rebecca Kadaga went ahead to approve the government proposal.

The decision by the Speaker followed a matter of national importance raised by Soroti Municipality MP, Herbert Ariiko who noted that even though the East and Southern Development Bank on May 16 released USD 87 million, only USD 50 million were received in an account.

Ariiko noted that Parliament should interest itself in finding out the whereabouts of the remaining money that was released.

He as well wants the Ministry of Health to give a breakdown of the signatories to this money and for the people who are meant to handle the project to be summoned to explain how the project will be handled.

“Since May 16th to date, Stanbic Bank had only received 50 Million dollars out of the 87m dollars. The question we want to ask is, how come that even before the work began, 37m dollars is missing. This is a call to the House not to only carry out oversight post squandering of money,” Ariiko noted.

Ariiko was supported by Isingiro South MP, Alex Byarugaba who also noted the importance of monitoring the project.

Kadaga agreed with the MPs and asked the committee to investigate the claims.

“We ask the committee on Health to invite those people that are involved; I also heard that they didn’t come to the committee to defend the proposal. The Ministry of Health should be invited to give us and update on the project as well as inviting the Ministry of Finance to give us a timeline for the action plan,” Kadaga ruled. 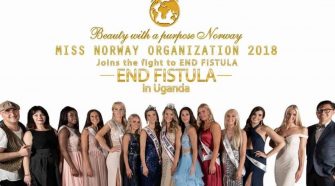