A concerned citizen has petitioned the Speaker of Parliament, Rebecca Kadaga challenging a planned move by the Chairperson of the Parliament Committee on Commissions, Statutory Authorities and State Enterprises (COSASE), Mubarak Munyagwa to cause fresh investigations into the closure of the seven defunct banks.

Last week, the COSASE Chairperson invited the Bank of Uganda Deputy Governor, Louis Kasekende to respond to a number of outstanding audit queries.

The petitioner, Michael Busingye, alleges that the intended move in the fresh investigation is to create room for Kasekende to table accountability into the Shs 478bn that was injected in the closed Crane Bank before being sold off to DFCU Bank.

This was one of the queries that was extensively discussed by the former COSASE leadership that was headed by Bugweri County MP, Abdu Katuntu during which BOU officials failed for offer relevant accountability and the query formed part of the recommendations that were in the committee report.

It’s upon this background that the petitioner has written to the Speaker arguing that allowing Munyagwa’s committee to carry on fresh investigations into a matter whose recommendations are pending implementation amounts to wastage of tax payers’ money.

“As you well know, the former committee leadership performed its official inquiry into Bank of Uganda’s role in the closing of the defunct banks. This process culminated into a report which was tabled on the floor of Parliament,” Busingye said.

He added, “Under Parliamentary rules of procedure, the committee doesn’t have powers to re-examine its reports. To put this into perspective, COSASE had an over three months interaction regarding the Bank of Uganda matters where it came up with observations, recommendations and is awaiting treasury memorandum for collective actions to be taken.”

“Munyagwa has instead resolved to create a subcommittee headed by the committee Chairperson, Ibrahim Kasozi whose terms of reference are unclear to Ugandans; we highly suspect a clear syndicate of defrauding Ugandans of more money by conniving with Bank of Uganda officials and officials of DFCU due to the trend of events,” Busingye noted.

He thus requested the Speaker to prevail over the committee not to expend state resources on re-examination which is outside its mandate. 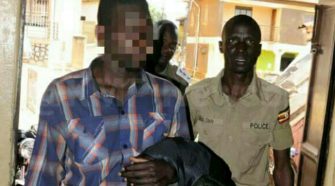