The Speaker of Parliament, Rebecca Kadaga has ordered the Attorney General, William Byaruhanga to issue an interim report on the corruption allegations against the Minister of Foreign Affairs, Sam Kutesa.

Sam Kuteesa was named in US court documents as having allegedly received a US$ 500,000 (about Shs 1.8 billion) bribe to help a Chinese energy company secure business advantages in Uganda, including the potential acquisition of a Ugandan bank.

In November 2017, it was widely reported that the Justice Department of the United States of America had implicated Kutesa for successfully creating a fake charity organization with a ploy to engage in bribery and money laundering activities and indeed received the bribe. Kutesa is said to have received the ‘bribe’ while he was still President of the UN General Assembly.

On Monday, while commenting on the allegations, President Museveni said that Kutesa had informed him that he indeed received the money but that it was meant for a charity.

“Kutesa came to see me and I asked him. He told me that that money was for a charity. Because obviously it is a crime to get money from a foreign company,” Museveni said during a news conference.

“What for? What were they paying you for? That would be a bribe and he would be answerable. But he says it was for a charity”.

Speaker Kadaga’s directive on Tuesday followed a matter of National Importance raised by Lwemiya County MP, Theodore Ssekikubo on Tuesday who noted that despite President Museveni acknowledging that indeed the allegations against Sam Kuteesa are tarnishing the country’s image, government hasn’t presented a statement to the House.

“Can we request that we go by rules and precedent that the Minister should step aside and allow thorough investigation to take place? Can this Parliament resolve that we give government one week and we proceed,” Ssekikubo submitted on the floor of Parliament.

In response, the Attorney General, William Byaruhanga admitted that indeed the President had directed him to investigate the matter.

However, the Busiro East MP, Medard Segona further demanded that Byaruhanga reveals when the report should be expected in Parliament.

“The intention is to complete this matter as soon as possible. I expect to bring back the report as soon as we resume in January,” Byaruhanga noted.

At the end, the Speaker ordered that the Attorney General avails an interim report on the allegations against Minister Kutesa to the House before close of business this year.

Last week, the Speaker told members that the House shall be breaking off on December 20 for holidays. 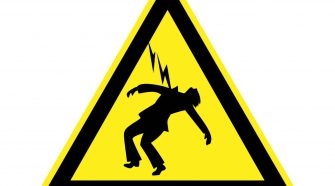