Speaker of Parliament, Rebecca Kadaga has threatened to take action against the three Education Ministers including First Lady, Janet Museveni, should they persistent and refuse to explain why they defied Parliament’s recommendation to halt implementation of the new education curriculum.

The Ministers include Janet Museveni who heads the docket, Minister of State for Primary Education, Rosemary Sseninde and John Chrysostom Muyingo the State Minister for Higher Education.

The Speaker’s warning followed a request made by Seninde asking Parliament for an extension to present the desired statement on Thursday as opposed to today, Tuesday, as earlier scheduled by the order paper.

It should be recalled that Speaker Kadaga summoned Minister of Education and Sports, Janet Museveni to explain why her Ministry defied the position of Parliament (that the implementation of the new curriculum for secondary schools be halted).

The Speaker’s directive was in response to a concern raised by Leader of Opposition, Betty Aol who wondered why Cabinet had gone ahead to approve the new curriculum despite several red flags that were raised by MPs.

Seninde told legislators that the extension is required to enable the Ministry come up with a comprehensive statement.

“I request that you allow us present on Thursday because I believe this August House would like to get comprehensive and detailed responses; the House should bare with us, on Thursday we shall give you all the responses you requested on the floor and I know you may also have supplementary questions,” Seninde requested.

However, Kira Municipality MP, Ibrahim Ssemujju Nganda rejected the extension, accusing the Ministry of trying to seek refuge behind the letter by Clerk to Parliament, Jane Kibirige that indicated the statement was meant to be presented on 20th February 2020.

Other members noted that the Ministry is playing delaying tactics adding that Senior One students who are the first beneficiaries of the new curriculum have already reported for classes yet the Ministry hasn’t clarified on the several issues of concern. 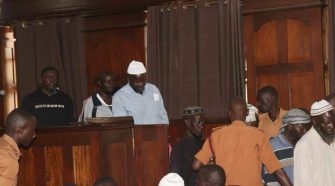