The Speaker of Parliament, Rebecca Kadaga has vowed to continue speaking against corruption and exposing corrupt leaders, despite the threats she faces from certain individuals to avoid tarnishing the image of the government.

She made the vow while speaking at the Ecumenical prayers held at Parliament on Monday morning. The prayers were part of the activities to mark the 3rd Annual Parliament Week.

This year’s activities are running under the theme “Championing accountability to improve service delivery”.

Speaker Kadaga said she will not protect anyone who is corrupt just because they belong to a particular political party.

Kadaga who seemed to be indirectly making reference to the leaders in the ruling party, said there is no excuse for being corrupt, adding that any individual who engages in corruption does it on their own behalf and not that of the party.

Kadaga noted that she has on several occasions been threatened by several corrupt officials daring her not to go ahead and expose them.  She however said she will not relent on her duty.

“I want to talk about corruption which has been the major issue of the sermon today. But I want to assure our guests that Parliament will continue to scrutinize the budgets, expenditures and other issues among us,” Kadaga said.

Kadaga noted that it is so unfortunately that there are people in the country who think that if one belongs to a particular political party, they should never speak about corruption as this would be seen as tarnishing the country’s image as well as that of the ruling government.

“I didn’t tell members but last year, when I complained about the harassment of Ugandans (fishermen) on Lake Victoria by the UPDF, there is a Minister who came to my office telling me to stop talking about the army – that we are spoiling their name,” Kadaga revealed.

She added; “I told him, you man, tell them to stop their atrocities, then I will stop speaking and I chased him out of my office”.

“You can imagine someone coming to threaten the Speaker not to talk. I want to say, for me, I will continue speaking about corruption and atrocities.”

Kadaga noted that as a leader in Uganda, there is no common agenda among leaders to commit atrocities or corruption.

“Those who are corrupt are corrupt in their individual capacities and they should not expect protection from the Speaker or this House, we shall expose them,” she said.

The Speaker’s comments follow a renewed commitment by President Yoweri Museveni to crackdown on corrupt officials in government. In December while launching the Anti-corruption Monitoring Unit, the President said warned civil servants especially accounting officers to follow public resources and ensure they are properly utilized.

He said that the Unit led by Lt Col Edith Nakalema which will be receiving complaints on phone and SMS, would build public trust which he said had been eroded by compromised elements in institutions like the IGG’s Office and Police Criminal Investigations Directorate (CID). 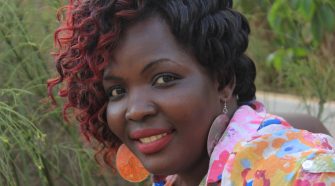