The Speaker of Parliament, Rebecca Kadaga has ordered the Parliament Committee on Rules and Privileges to immediately commence an investigation into the letter written by the Inspector General of Government (IGG), Irene Mulyagonja on allegations that outgoing members of COSASE received a bribe.

According to Kadaga, the probe sanctioned by IGG tantamounts to contempt of Parliament and an attack on the legislative institution.

During her communication to the House on Thursday, Kadaga noted that she finds the contents of the IGG’s letter to be an attack on Parliament of Uganda and an attempt to muzzle Parliamentary investigations and stifle the voice of the people. She added that the action is also blackmail on Parliament and its members in performance of its constitutionally granted functions.

“I am very surprised that the IGG didn’t find it prudent, even necessary to first consult me on the matters contained in the letter before writing to ISO; if she had called me, I would have told her that there was no bench marking which she wants to investigate,” Kadaga said.

Kadaga wonders why the IGG didn’t consult her yet in the past, they have had good collaboration on many occasions and she has always adhered to the IGG’s requests.

The Speaker said she takes strong exceptions where the IGG states that Katuntu received money from businessman and former proprietor of Crane Bank Limited, Sudhir Ruparelia and implies that it is the same bribe that caused the Speaker went ahead to extend the committee’s term after their tenure expired.

“I think it is this House which gave them the opportunity to complete their work, I don’t see how the IGG will determine how work is does in this House, which is wrong and an abuse of authority and process,” Kadaga noted.

She added, “I will not, while I am your Speaker allow anyone to blackmail this House; I therefore refer the IGG’s letter to the Parliament Rules, Privileges and Discipline Committee to investigate whether this letter doesn’t amount to contempt of Parliament.”

“The IGG is an officer of this House, she reports to this House but she just casually writes directing ISO to investigate us,” the Speaker said.

Commenting on the matter, Fortportal municipality MP, Alex Ruhindi wondered why the IGG decided to refer the matter to ISO yet she has the mandate to address such corruption allegations.

“ISO have their own duties specified in the law, I wonder where the IGG gets audacity to investigate, there should be something fishy, she should be summoned to explain why she is interfering with Parliament work,” Ruhindi said.

Mwoyo County MP, Ojara Okin noted, “I would be interested in understanding the source of information the IGG is using as a basis of the investigation, indeed she should explain the source of her information.” 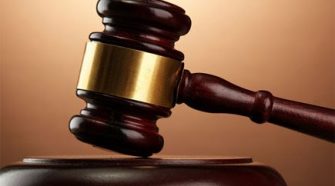