Mannaseh’s appointment is contained in a communique by Rwanda’s Prime Minister Edouard Ngirente.

Nduhungirehe was sacked by President Kagame at the beginning of April for consistently acting based on personal opinions over government policies, while serving as Minister of State in the Ministry of Foreign Affairs and International Cooperation in Charge of East African Community.

Nduhungirehe had been appointed Minister in August of 2017. He was vocal in the ongoing tension between Uganda and Rwanda, especially using his social media accounts to criticize Ugandan officials.

Prof Nshuti Manasseh has over 23 years of University lecturing and Administrative experience including co-founding the University of Kigali. He has previously worked at Strathmore University Nairobi, Catholic University of East-Africa, Nairobi, Kenya where he was Dean of Faculty of Commerce and later Deputy Vice Chancellor Academic.

Other duties he has held previously include Chairman Board of Promoters assigned to set up Umutara Polytechnic (University) in Eastern Province, Nyagatare District.

He also served as Chairman Board of Governors assigned to turn round the School of Finance and Banking, Kigali, Rwanda.

In 2011, he together with fellow promoters decided to open University of Kigali, a private University. 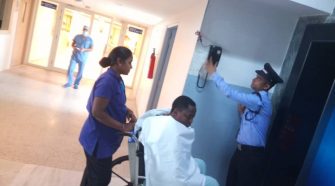