The leadership of the Rwandan military has effected some changes within the Rwanda Defence Forces (RDF).

In the latest shuffle, Rwandan President, Gen Paul Kagame who is also Commander-in-chief of armed forces has promoted Maj Gen Jean Jacques Mupenzi to the rank of Lieutenant General.

Mupenzi who was Commander of the Mechanised Division will be the new Army Chief of Staff.

The position (Army Chief of Staff) was hitherto occupied by Lt Gen Jacques Musemakweli who has now been appointed by Gen Kagame as the Reserve Force  Chief of Staff.

The latest changes are contained in a statement issued by the Ministry of Defence on Monday.

In the same changes, Maj Gen Aloys Muganga becomes the Commander of the Mechanized Division.

16 hours ago
News in PicturesPeople 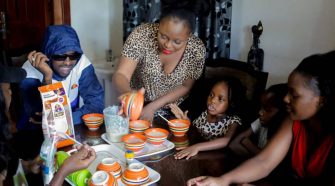