The sacking was announced by Rwanda’s Prime Minister Edouard Ngirente.

“Today, 27th April, 2020, President Kagame has removed Gen Patrick Nyamvumba from his duties as Minister for Internal Security, owing to matters of accountability under investigation,” the statement reads.

Gen Nyamvumba who has not spent a year at the helm of the Ministry has been directed to report to Rwanda Defence Force (RDF) Headquarters pending further decision.

Nyamvumba was appointed as Minister of Internal Security after his removal as Chief of Defence Staff in a November 2019 shake-up of the top military brass that saw him replaced by General Jean Bosco Kazura.

Nyamvumba had been at the helm of the Rwandan army for six years having served since 2013 prior to which he was deployed in Sudan as Force Commander of the AU-UN Hybrid Operation in Darfur (UNAMID). 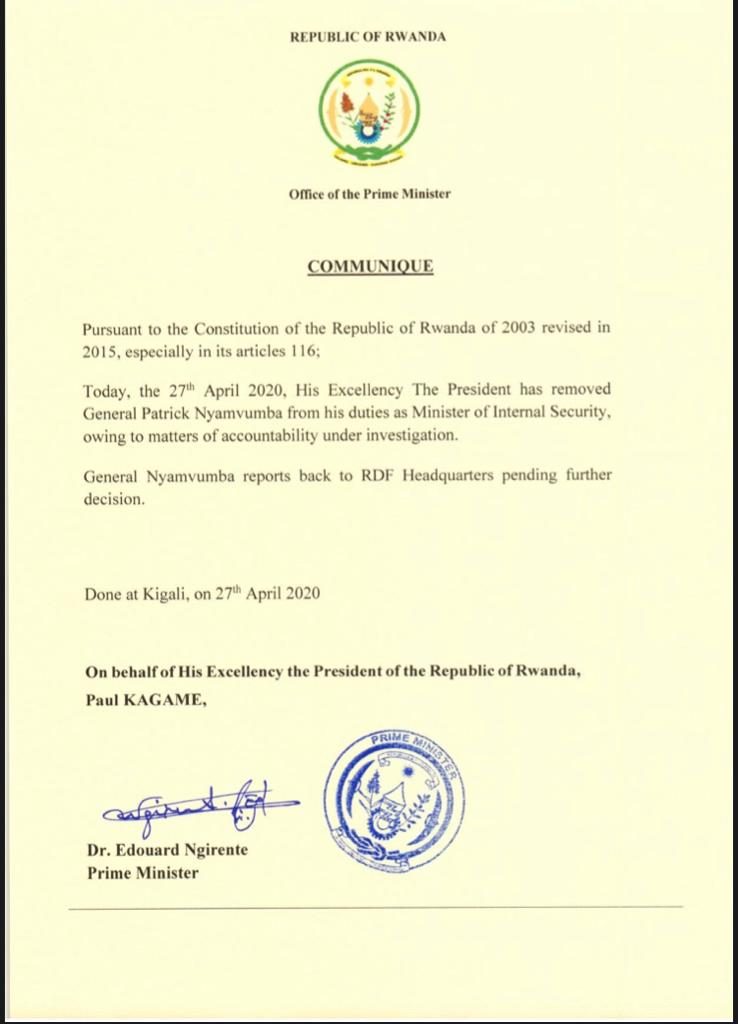 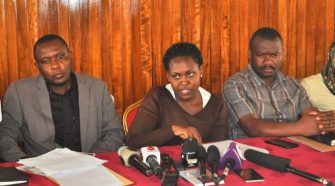