Rwanda’s President, Paul Kagame, has in the latest changes replaced the Minister of Foreign Affairs, Dr Richard Sezibera with Dr. Vincent Biruta who has been the Minister of Environment.

The change came as Kagame also effected a reshuffle in the army, which saw Gen Nyamvumba lose the army chief seat.

Richard Sezibera, 55, a medical doctor, diplomat and politician, has served as Minister of Foreign Affairs and Cooperation since October 2018 having replaced Louise Mushikiwabo.

Prior to that, he was the 4th Secretary General of the East African Community. His short term in office has especially been overshadowed by a diplomatic row between Rwanda and Uganda whose tipping point was a decision by Rwanda to close the main border with Uganda at Katuna in February this year.

He also inherited a task to deal with the long-standing frosty relations between Rwanda and South Africa relating to the allegations that Rwanda continues to engage in hostile acts against its dissidents based in South Africa.

It is not yet clear what Sezibera’s next assignment will be.

Nyamvumba has been at the helm of the Rwandan army for six years having served since 2013 prior to which he was deployed in Sudan as Force Commander of the AU-UN Hybrid Operation in Darfur (UNAMID).

In the latest changes, Gen Fred Ibingira who has been Commander of Reserve Forces will henceforth serve as the Chief of Staff of the Reserve Force.

President Kagame who is also Commander in Chief of the Rwanda Defence Forces (RDF) has also appointed Lt Gen Jacques Musemakweli as the Inspector General of RDF. 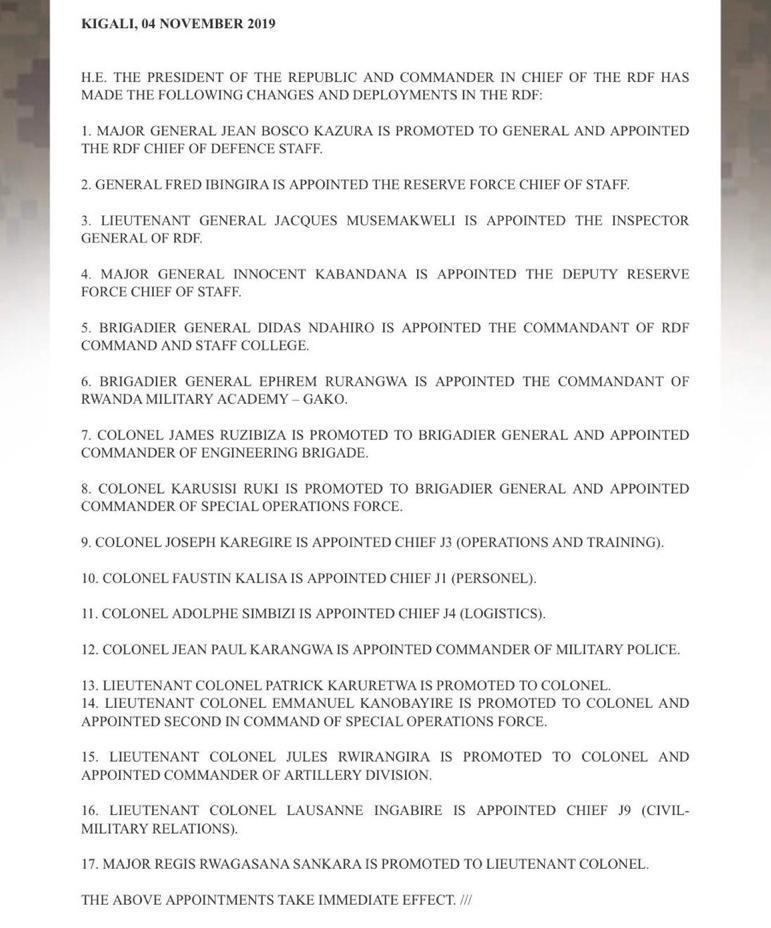 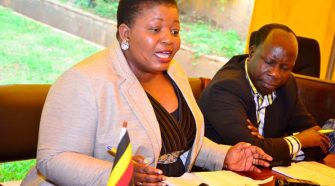