The Parliamentary Public Accounts Committee has directed the CID to commence investigations into the misuse of funds by officials in the judiciary after the Permanent Secretary of the Judiciary, Kagole Expedito Kivumbi failed to give a substantive explanation regarding the misappropriated funds.

The committee commenced probe into the 2017/18 report of the Auditor General, on the Judiciary which has since unearthed a number of inconstistences.

Kagole failed to explain why he mischarged a total of Shs 34bn which was instead sent to personal accounts of officials within the judiciary.

He told the committee on Monday that the money was spent on Court operational funds, mediation costs, Court sessions, imprest, locus visits, HIV medical allowances and expenditure for Monitoring and Evaluation which items have no direct budget lines.

However, a scrutiny of a detailed document indicating how the funds had been spent revealed that some of the funds had been wired to individual accounts of different judicial officers and Justices for their office operational funds, payment of tuition and medical fees among others.

Kagole also failed to account for Shs 4.4bn collected as money for bail after the committee realized that even though Shs 5.3bn had been collected, only Shs 1.3bn had been posted in the accounts.

After failure to get satisfactory explanations, the committee chairperson directed CID to carry out further investigations on the matter and report back in five days.

“We have done the analysis and since there is a lot of money that went on personal accounts, we are directing our CIDs to investigate the accounts which are holding this money. We have given them strict instructions that this should be done within five days,” the committee chairperson, Nandala Mafabi ruled.

The committee Chairperson added that among other things, the CID is investigating Shs 800m which was diverted from the transport section and other monies as directed.

20 hours ago
News in Pictures 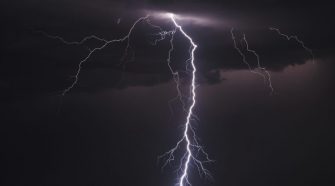