Uganda has Monday released more 13 Rwandan nationals who have been on trial in General Court Martial on a number of crimes including espionage, illegal entry into Uganda and kidnapping of Rwandan refugees and asylum seekers and illegally repatriating them back to Rwanda as well as unlawful possession of firearms and ammunition.

These are an addition to other 9 Rwandan nationals from whom the same charges were withdrawn on January 8 this year. Government says the withdrawals are done in the spirit of continued fostering of good neighborliness between Uganda and Rwanda.

The event took place at Serena Conference Centre in Kampala presided over by Uganda’s minister of Foreign Affairs Sam Kutesa and witnessed by Noel Mucyo, the first Counsellor at the Rwanda High Commission.

The released individuals are Ntirushwa Maboko, Habomugisha Jean Bosco and Ukwigezi Narcise. The trio was arrested in Uganda and deported last year back to Rwanda for espionage and other security related offences. However, they were rearrested by security when they again came back to Uganda.

The other two are Kabayija Seleman and Nzabonimpa who have been on trial in the General Court Martial on offenses of illegal possession of firearms. These reported themselves with their gun to the Uganda People’s Defence Forces at the border.

Kutesa emphasized that the released are not innocent but cases have been withdrawn from them to aid the restoration of normalcy between the two countries.

“It must be underscored that the withdrawal of the charges against these people, just as with the 9 that were released on 8th January, 2020, does not in any way suggest that the accused are innocent of the charges for which they are being tried. It is simply an option that the government of Uganda has choses in order to facilitate normalisation of relations in the context of the Luanda process,” Kutesa said.

He however notes that the onus is upon the government of Rwanda to ensure that they (released suspects) don’t return to Uganda to carry out the activities they were arrested and arraigned before the Court Martial.

Uganda’s relations with Rwanda have been frosty since February when Rwandan authorities blocked several Ugandan cargo trucks from crossing to Rwanda as well as stopping Rwandan citizens from entering into Uganda citing construction works. Other crossing points Cyanika and Kagitumba where Ugandan trucks were redirected, were also found blocked.

President Kagame would later reveal that the move had nothing to do with construction works but was political. Kigali has since accused Uganda of among other things illegally incarcerating and deporting her citizens, a claim Uganda dismissed. Ugandan authorities said they followed judicial process to deport some of the Rwandan citizens who are engaged in criminal acts intended to compromise Uganda’s national security.
Several efforts to resolve the standoff have been made including Presidents Yoweri Museveni and Paul Kagame signing of a pact in July last year in Luanda, Angola, committing to regional cooperation and security. The MoU was later followed by two meetings in Kigali and Kampala but with no positive outcomes.

The ad-hoc commission led by the two countries’ ministers would after the Kampala meeting, refer matters back to the Heads of State of Uganda and Rwanda.

Presidents Yoweri Museveni and Paul Kagame on February 2 held talks in the Luanda Angola in a third Quadripartite Summit where they pledged to take steps towards peace, stability, good neighbourlihood and restoring mutual respect as well as to continue prioritizing the permanent dialogue between the two countries for the development and we’ll being of the peoples.

The leaders agreed that on Friday this week, another Quadripartite Summit will be held at Katuna in the common border between Uganda and Rwanda.

Last week on February 14, the Ad-hoc Commission on the implementation of the Luanda MoU held another meeting in Kigali where a lot of progress was reached in identifying concrete steps that needed to be taken on both sides in order to consolidate the rebuilding of goodwill as envisaged under the Luanda MoU, according to Kutesa.

He says by releasing these Rwandan suspects, Uganda has taken practical steps in implementing the MoU and hopes that the same is done by Rwanda.

“Uganda’s expectation is that Rwanda too will reciprocate the good gesture by addressing the concerns that Uganda including releasing Ugandans who are still incarcerated in Rwanda, with in the Luanda framework which require immediate attention,” said Kutesa.

Meanwhile, Mucyo just like other Rwandan officials exhibited no remorse over a number of Ugandans who continue to killed by Rwanda’s security. He told reporters at Serena Conference Centre that the Ugandans who were killed in Rwanda were smugglers and that his government released a statement to the effect. 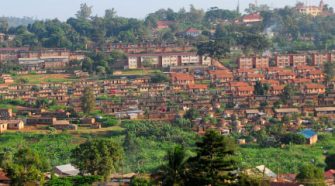