Kamwenge Woman Member of Parliament, Dorothy Azairwe Nsheijah has asked the government to make a quick intervention towards Podoconiosis disease in the district.

Azairwe said this Thursday while meeting over 87 affected patients at Busiriba sub-county headquarters in Kamwenge district.

“The problem is overwhelming because we have 50 households who are affected. We have 36 females and 22 males and we have other numbers which are not yet known. So, the number could be more than that because of the stigma they have not shown up”.

Podoconiosis is a disease of the lymphatic vessels   of the lower extremities that are caused by chronic exposure to irritant soils.

Its signs and symptoms include prominent swelling of the lower extremities, which leads to disfigurement and disability.

MP Azairwe says that since 2012 when the researchers visited the district and took samples to Ethiopia to release the results, the government has not made any intervention to the epidemic in the area.

“I started making noise about this disease in 2012 when doctors’ research from the central government took samples to Ethiopia and found out that it’s a disease caused by Podoconiosis from irritant volcanic soils,” Azairwe told SoftPower News.

“But after that research the numbers of patients have increased but the government has not given us an upper hand. They just gave us pain killers but these people desire a lot of support because some of them have lost their private parts; they can’t walk need wheelchairs”.

Azairwe thus appealed the government to attend to the growing disaster in the district.

“We request the government to get us drugs that can treat our people because we wrote to a number of organizations like the word federation, word vision and a number of letters to the ministry of health since 20212 up to now we have never seen the help yet the disease is persistent,” she explained.

Adolf Magoba, the Busiriba sub-county LC III Chairperson asked the government to support school-going children for the affected families in the district.

“We want the government to know that these patient’s children are no longer studying so the government should come out to support because they are now coming from vulnerable families.” Magoba said

He also encouraged the government to come up with another research as to why the disease is only affecting one sub-county in the district.

“As leaders of Kamwenge district, we are calling upon the government to come and have a special intervention and where possible they should carry another research because the number of patients is increasing”

According to Christopher Adukure, the Busiriba Sub-County health
Inspector, 2011 health report indicates that out of 50 families affected
in the sub-county, 22 are men, 36 women making a total of 58 patients.

He, however, says that the number has now increased to 273 patients in the sub county.

Adukure added that since 2011, 12 people have died of Podoconiosis diseases which resemble as elephantiasis.

He confirmed that in 2012, the Ministry of health sent researchers to collect samples and found out that the disease is incurably caused by high altitude volcanic irritant soils.

Adukure stated that Podoconiosis can only be prevented by wearing shoes and using floor coverings. Its treatment measures include; daily foot hygiene, compression bandaging, and when warranted, surgery of overlying nodules.

Some of the patients with swollen limbs include; Peter Byaruhanga Peter, Enid Twamusima, Emmanuel Arinaitwe Emmanuel, Christopher Twikyirize and Gaudensia Hakubatagyira decried the painful moment they are going through.

Byaruhanga added that they are living a hard life pleading government and higher authorities to extend their continuous support towards their families.

The MP donated a number of items including 9 boxes of soap, 2 jerry-cans of liquid soap, 6 cartons of salt, 92 jelly bottles, plus other support from the ministry of health like gloves, syringes, medicine among others. 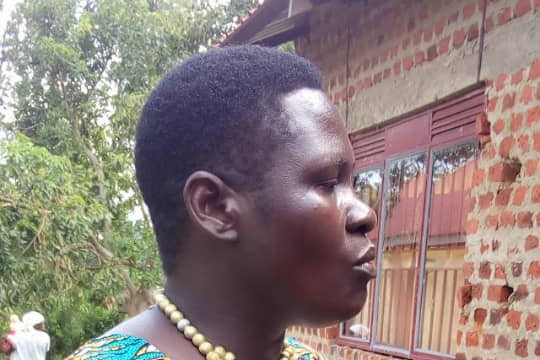 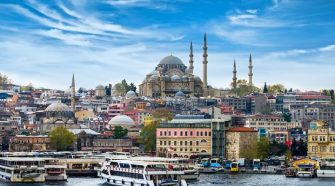 3 Ugandans in Turkey Recover from Coronavirus