Overall progress in the construction works for the hydro power dam is now at 94 percent down from 79 percent as at August 2018 when President Yoweri Museveni inspected the works.

The 94 percent completion rate follows the successful 3rd stage river Diversion, installation of generation components for Units 1 to 5 and civil works across the project in the final stages.

The project steering committee was led on a site inspection by Eng. Timothy Mubbala, the Assistant Project Manager to the ongoing works at the Right Embarkment Dam, switch yard, underground Power House and Transformer Cavern.

After the visit, the PSC team will make a comprehensive report to President Museveni on the project progress, achievements, challenges faced and way forward as the project nears completion.

In August last year, President Museveni inspected the project. He toured the site including the dam and intake, to the underground Power House, Surge Chamber and the underground Tailrace Tunnel.

Commissioned in August 2013, the project is scheduled to be complete in December this year. The 600MW capacity dam is located on the Nile River, 110km downstream of Lake Kyoga.

It is being constructed by Sinohydro, a Chinese state-owned hydropower engineering and construction company.

In addition to the anticipated capacity of 600 MW, the project has had a major skills transfer, especially among the youth, according to the government of Uganda.

According to Sinohydro, more than 6,000 Ugandan youths have been employed at the construction site over the course of civil works, and most of them have been able to acquire a wide range of multiple skills (in structural design, metal welding and rock blasting among others) from expert engineers.

Government says the completion of the project will significantly boost Uganda’s electricity supply and facilitate the much needed industrialization.

Uganda’s current electricity generation stands at 1,167MW following the recent commissioning of Isimba power dam. This capacity will be increased to 1,767MW once Karuma is completed. 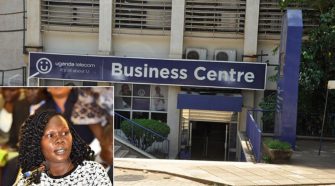