The Speaker of Parliament, Rebecca Kadaga has instructed the Minister of Public Service to come out and explain why public servants in Kasanda district have missed their salaries for the last one year.

This followed a matter of National Importance raised by Kasanda South MP Patrick Nsamba who reported to the house that the employees in this district including teachers, health workers among others have either missed their salary for a year.

Nsamba said that according to the different public servants that have approached him, some have not received payments for six months while others have been partially paid and some have been scrapped off the government payroll without their notice.

He told members that it’s unfortunate that the Chief Administrative Officer (CAO) of Kasanda district told these employees to forget about their arrears.

“I have been receiving distress calls everyday and it looks as if its me who has the solution, yet these people need to be catered for like other civil servants,” Nsamba said.

He added that, “The CAO was informing those civil servants that those with arrears should forget about the arrears and only wait for new payments which is very unfortunate.”

While giving her ruling in the absence of the concerned minister, Kadaga instructed that the Ministry of Public service reports to the house on the matter by Wednesday next week.

“We instruct the Minister of Public Service to come on Wednesday next week and explain why teachers in Kasanda have not been paid for more than a year and why other public servants are being paid partially,” Kadaga demanded. 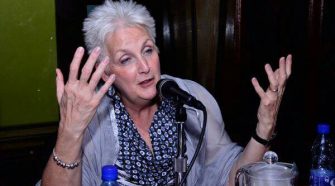