Police in Kampala is investigating allegations indicating that controversial retired army officer, Maj Gen Kasirye Gwanga on Tuesday shot at a car belonging to singer Catherine Kusasira, after an argument over the loud music in the musician’s car.

According to Kampala Metropolitan Police Spokesperson, Patrick Onyango, the incident ensued when Gwanga’s children who were buying fries told Kusasira’s aides to reduce on the volume of the loud music in their car, which they objected to.

Consequently, the irritated children threatened to invite their dad “to burn your cheap car”.

Moments later, Gwanga arrived and joined his children to demand that the loud music is turned down, but still, the defiant aides refused and instead reminded him that he is not above the law.

Gwanga is reported to have lost his cool and asked his bodyguards to avail him his gun which he then used to shoot one of the tyres of the car, before driving away.

“He ordered his bodyguards to bring him his gun, shot the tyre and they drove away. Police was called they visited the scene,” Onyango explained.

Kusasira who is a known sworn supporter of the National Resistance Movement (NRM) and President Yoweri Museveni was not in the car at the time of the incident, Police says.

Onyango however told SoftPower News that no death and injuries were registered, before adding that the case was registered under SD reference 107/29/1/2019 and that investigations into the matter continue.

This is not the first time Gen Gwanga is involved in controversial circumstances, in July 2017, the military man, burnt down tractor on the land which he said belonged to him, but he was not charged of any offence then. 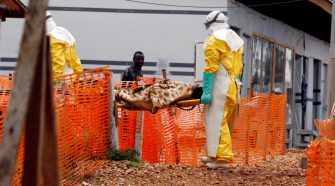