Two suspected thugs who attempted to kill a boda boda cyclist have been killed in a mob action in Kassanda district following what is believed to have been an attempt to rob a motorcycle.

The incident occurred at Kageye LC1, Kassanda sub-county in Kassanda district at 11:30pm on Tuesday.

It is  alleged that Sula Musamiru, a boda boda cyclist  of motorcycle Reg No UEG 617W, picked two people who disguised as clients.

In the course of the route, the two riders hit Sula on the head with the hammer, but he managed to jump off the motorcycle. In the process of running away from the suspected criminals, he telephoned his colleagues (boda boda cyclists) who swung in and intercepted the two suspects.

The suspected robbers were beaten to death by the mob.

Police say Sula is currently admitted at Mityana hospital while the two bodies of the mob action victims have been taken to Kassanda Health Centre IV mortuary for postmortem.

The deceased have been identified as Munsinguzi Amos and Akandwanaho Able both residents of Nakasongola district.

The incident comes at a time when there is a spike in the thefts of motorcycles.

Towards the end of last month, a boda boda rider was captured on a CCTV camera of a school in Kakeeka Zone in Rubaga division being attacked and strangled by yet to be identified male robbers who hit repeated with a stone on the head and killed him instantly before taking off with his motorcycle.

There have been related incidents in recent days including Ankole sub-region, where boda boda cyclists have been killed and their motorcycles stolen.

He added that Police has further intensified the search for 8 hit men actively involved in the theft of motorcycles, after arresting the 9th one, a one Ssemambo Rogers who is currently on remand at Luzira Maximum prison. 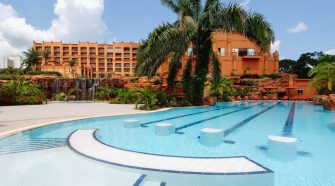