Mathias Katamba who until last week was Managing Director for Housing Finance Bank has been appointed to replace Juma Kisaame as the chief executive for DFCU Bank.

Katamba was announced as DFCU’s chief executive on Wednesday in a statement issued by the Board of Directors to the bank’s shareholders.

He will assume office in January 2 next year.

“The Board of Directors informs shareholders and the general public that Mr Mathias Katamba has been appointed the next Chief Executive Officer of its subsidiary DFCU Bank Ltd effective January 2, 2019,” the DFCU Board Chairman, Dr Elly Karuhanga wrote in a statement.

The Board said it is confident that “he [Katamba] will contribute to grow the bank and build on the successes of his predecessor”.

Katamba tendered in his resignation at Housing Finance Bank on October 24, after presiding over the bank for four years.

There, Katamba was credited for turning around the financial performance culture and customer value proposition of the institution.

Prior to joining Housing Finance Bank, he was the Co-founder and Managing Partner of Progression Capital Africa a US$ 40 million Private Equity Fund based in Mauritius set up to provide capital and technical support to microfinance institutions in Uganda, Kenya, Tanzania, Rwanda and Zambia.

DFCU Bank has said that until January 2019, Juma Kisaame will continue to facilitate the transition for new leadership. Kisaame who was head of DFCU for the last 11 years notified the Board of his intention to resign, according to the statement.

“The Board would like to thank Mr Juma Kisaame for his invaluable service to the banking industry over the last 30 years, 20 of which he diligently served DFCU”.

Katamba joins DFCU at a time when the bank is faced with a storm of controversy including likely legal battles stemming from its acquisition last year of Crane Bank which was the third largest commercial bank in Uganda.

Heavily distressed Crane Bank had been placed under the management of the Central Bank before the latter in exercise of its powers as receiver, under Sec 95 (1)(b) of the Financial Institutions Act transferred Crane Bank’s liabilities (including deposits) as well as assets of Crane to DFCU Bank.

DFCU had emerged winner amongst 13 institutions that bid for Crane Bank, according to the regulator.

A group of former Crane Bank Limited staff, in their hundreds, recently threatened to sue DFCU and the Central Bank for what they say was unlawful termination of their employment contracts.

The group is demanding about Shs 48bn in damages and losses they have incurred since February 2017 when they were sacked. 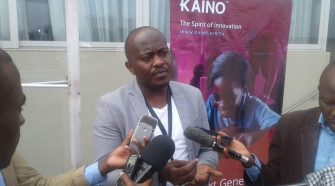