The Police has made fresh changes in its leadership replacing the spokesperson, SSP Emilian Kayima with Commissioner of Police (CP) Fred Enanga.

The changes were made on Saturday by the Inspector General of Police (IGP) Okoth Ochola. The development was confirmed by a Senior officer within the Police who preferred not to be quoted, saying an official statement was soon to be made.

CP Fred Enanga willl be deputized by Assistant Commissioner of Police (ACP) Polly Namaye. Kayima has been transfered to the Office of the Police Chief Political Commissar to head the Department of Information and Publication while Patrick Onyango who has been the deputy spokesperson will be the Spokesperson for Kampala Metropolitan Police and deputized by Luke Oweyesigire.

Kayima has served for one year and two months since his appointment by the former Inspector General of Police (IGP) Gen Kale Kayihura, in November of 2017.

Prior to that, he was the spokesperson of Kampala Metropolitan. He replaced Assistant Inspector of Police (AIGP) Asan Kasingye.

Enanga previously served as a mouthpiece within the Police until he was replaced in 2016 under a reshuffle by Gen Kale Kayihura. Enanga was succeeded by late AIGP Andrew Felix Kaweesi.

Kayima’s reshuffle follows a series of major changes effected by Okoth Ochola to redeploy the officers previously appointed by his predecessor. 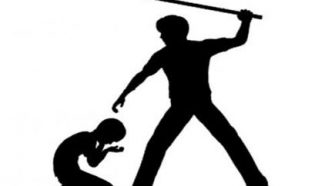