Kazibwe has for a couple of weeks not hosted his Tuesday and Sunday shows, something that has since sparked anxiety from the public wondering what had happened to him since both his employers, NBS, and himself had remained tight-lipped.

However, NBS Television, has Monday broken the silence when they said in a statement that they agreed with Kazibwe Bashir to part ways allegedly for him to engage in active politics.

Kazibwe has been the host of The Eagle, Ensi N’ebyayo and One on One with Tamale Mirundi shows to the Kin Kariisa owned television.

According to Joseph Kigozi, the Chief Strategy Officer of Next Media Services to which NBS belongs, the highly experienced journalist exhibited excellent performance during his time of service at NBS Television.

“Although it is with unhappiness that we say goodbye to Kazibwe, we also encourage those that would love to grow in politics to follow their dreams,” says Kigozi.

“The memories he leaves us with are priceless. He provided all who watched NBS Television during his time shots great moderation that sparked memorable insightful debates and for that, we thank Kazibwe enormously. We look forward to welcoming him back to Next Media Services in future,” he added.

Kazibwe has already declared he will contest for the Member of Parliament seat of Kawempe South current occupied by FDC strong man, Mubarak Munyagwa.

Sources intimated that the broadcast journalist has joined STV, a station owned by businessman SK Mbuga.

In a promo of the STV show done by Kazibwe Bashir himself already circulated on social media, Kazibwe will host a daily show dubbed ‘Olwogooto Lwa Work’ airing weekdays 9-11am including hosting contraversial presidential adviser on media, Tamale Mirundi on Tuesdays. 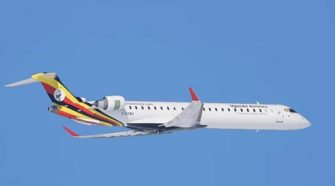