Kampala Capital City Authority has in a statement announced the appointment of Daniel Muhumuza NuweAbine as the interim Head of Public and Corporate Affairs, and Spokesperson, following Peter Kaujju’s resignation in June.

“Prior to this role, NuweAbine has been the substantive Supervisor for Guidelines and Public Awareness at KCCA for 4 years—a role in which he has provided oversight on community-based awareness and sensitisation with a blend of creativity and strategic thinking to give an account of KCCA services, status of projects as well as building synergies with communities,” the statement read.

“I’m writing to request you to interview for me the following persons and find out whether they are suitable to have the indicated offices in Kampala Capital City Authority,” Museveni’s letter nt wrote in a letter to public service commission.

In a June 25th letter, the Minister for Kampala and Metropolitan Affairs Betty Amongi, said they agreed with the Public Service Ministry that Engineer

Andrew Kitaka, whose tenure expired on June 18th, stays in office as the recruitment process for the substantive ED is ongoing. 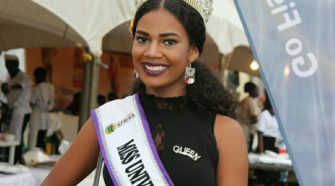