A total of nine butcheries have been shut down in an impromptu operation conducted in Ntinda and Kalerwe by Kampala Capital City Authorities (KCCA) to enforce better hygiene standards.

The said butchers were found to be operating under poor hygiene and using unauthorized chemicals to preserve meat.

Two butchers have also been arrested after they were found to be working under insanitary conditions.

The two were also discovered to be in possession of a concoction of chemicals which they have been using to preserve their meat.

Health teams from KCCA working jointly with Uganda National Bureau of Standards (UNBS) discovered the white liquid chemical kept in plastic bottles which the butchers allegedly pour on meat for it not to go bad.

Those arrested have been identified as Kayondo Joseph and Ssekabila.

KCCA says the inspection which will be intensified across the city is a fact-finding mission and to check the compliance of butcheries with the required Public Health Standards.

Beyond checking the hygienic state of the meat and those selling it, inspectors will be surveiling structural standards of the butcheries and investigating meat preservation mechanisms.

Ugandans on social media welcomed the move which some said should have started earlier. Others suggested that regular inspections be carried to ensure compliance.

“Too bad after this operation, like every other one KCCA does, there will be no follow up operation or monthly checks. Doing something once never helps,” tweeted Imran Kiberu.

Francis Bahinduka also said; “This would have been done 10 years back. But better late than never. Impose on them heavy fines for them to fear”.

Others proposed that the crackdown be expanded to restaurants and supermarkets to apprehend rose that sell expired meat. 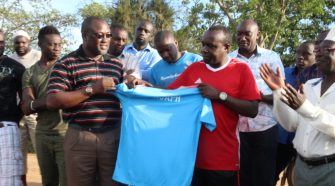