Mtibwa Sugar eliminated Northern Dynamos of Seychelles with a 5-0 aggregate in the two legs played, while on the other side, KCCA FC received a bye from continental football body, CAF, thus not playing in the preliminary round.

Speaking at the pre-match press conference on Friday, KCCA FC tactician, Mike Mutebi, said that his team is well motivated and is looking forward to a convincing win tomorrow.

“They are well motivated and come tomorrow, they must make a statement because we must win and go through to the next stage because our minimum target now, are the group stages,” he said.

Mutebi explained that failure to reach group stages will be a failed continental campaign on their part as a team.

Asked whether, tomorrow’s game won’t be an easy ride for them since Mtibwa Sugar SC hasn’t played continental football for over a decade now, Mutebi responded that football on paper is different from that on the pitch, adding that no team should be underestimated.

The firebrand tactician also noted that striker Saddam Juma will be out of action in tomorrow’s match due to an injury he sustained while playing against Express FC on December 11 in the StarTimes Uganda Premier League. 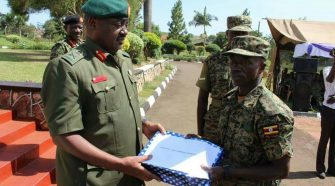