Their qualification for the final, is the first in more than 40 years.

The match was decided in extra- time after a brace each from KCCA striker, Allan Okello and Eagles midfielder, Amity Shamende, inside the 90 minutes left the two sides deadlocked after full-time at Stade de Kigali.

Okello put KCCA ahead in the 2nd minute but Shamende equalized in the 37th minute to see the two sides’ goal level into the break.

Shamende completed his brace in the 57th minute but Okello refused to be outdone and restored parity in the 80th minute.

In the extra time, Mazumiru Mutyaba put KCCA back ahead in the 98th minute off an assist from Okello before Sadat Anaku struck three minutes later to put some distance between them and Eagles.

The Ugandans will now play against defending champions and Tanzania’s Azam FC in the finals.

Eagles now have a chance to finish third tomorrow in the third-and-fourth if they beat AS Maniema of DR Congo. 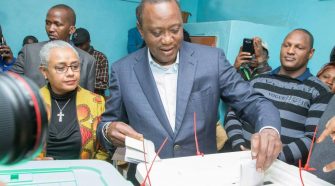