Azam Uganda Premier League champions, KCCA FC will today, Saturday start their journey in the continent’s top most club tournament, CAF Champions League, after a one year break, away to Namibia’s African Stars FC at the Preliminary round stage.

The game will be played at Sam Nujoma stadium on Saturday at 4pm EAT.

The Ugandan side which is already in Windhoek aspires for a repeat of the last time it featured in the tournament when it became the first time in Uganda’s football history for a local club to play at the CAF group stages.

According to the team captain and goal keeper, Charles Lukwago, they target winning the trophy.

“We are here to play football and make sure we pick up a positive result away. We are focused and we will not let the hiccups encountered get us distracted. We have our eyes set on the prize,” said Charles Lukwago moments after reaching in Nambia on Thursday.

The team is currently accommodated at City Lodge Hotel in Windhoek where it will reside for all the days it will spend in Namibia. 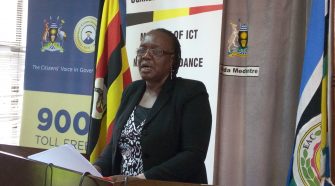