KCCA has announced that effective July 9, all the charges being charged by various Taxi Associations have been suspended for a period of one month.

The announcement was made Wednesday by Minister of Kampala Capital City and Metropolitan Affairs, Betty Amongi at a news conference in Kampala.

She said that during this one month, there will be no withdrawal of the collected welfare fees held on the accounts of the various Taxi Associations until the sector is regularized.

The Minister says there have been complaints from the taxi operators regarding the various charges that are being levied by various Associations in the taxi business.

Amongi urged all taxi drivers being forced to pay the above fees to report the cases of extra charges to KCCA Park Administrators or Police.

“KCCA signed an MOU with Private Taxi Parks not to charge parking fees exceeding Shs 3,500 per vehicle per day,” she said.

“We have however received a series of complaints from various individuals in the taxi business indicating that some private parks are charging higher amounts than those agreed upon in the MOU —this is unacceptable”.

The Minister said that all private taxi park owners have been notified not to allow payment of stage fees and all other illegal charges and directed them not to charge parking fees exceeding Shs 3,500 per day per vehicle.

She said failure to comply with the fees determined as per the MOU shall lead to KCCA revoking the MOU and degazetting such parks as several landowners in the city have expressed interest in offering such services at the rate KCCA has set.

Meanwhile, government is in the process of gazetting additional taxi parks in the various divisions in Kampala and to re-organize route charts which didn’t follow the original Taxi routes to some destinations.

She said enforcement teams have been directed to ensure that no taxi establishes a stage and operates from the streets.

Below are the suspended charges… 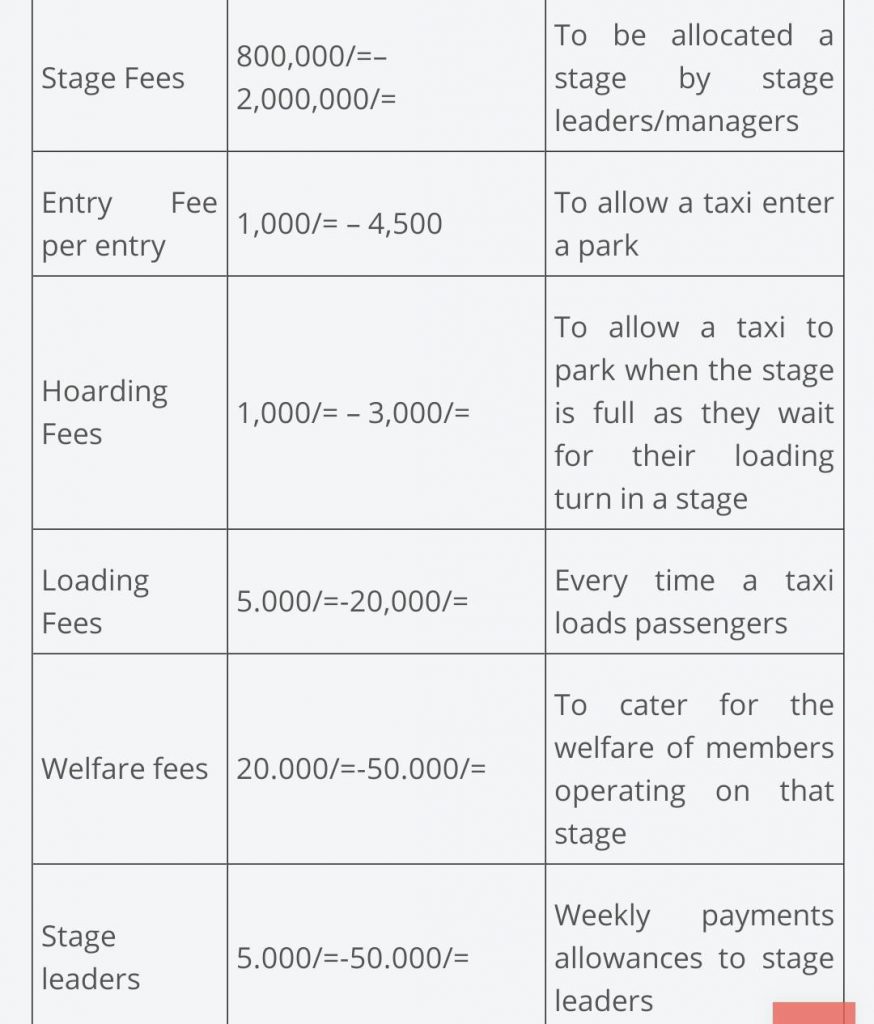