The KQ flight, a Boeing 787-8 Dreamliner touched down at the JF Kennedy International airport Monday.

Kenya Airways (KQ) on Monday made its maiden direct flight to New York, U.S bringing an end to the long wait for what experts have described as a landmark for Kenya’s business and trade.

Aboard the flight whose tickets reportedly sold out a week to the d-day in a dash by travelers to chance on the historic development, was Kenya’s Foreign Affairs Cabinet Secretary Monica Juma and U.S ambassador to Kenya Robert Godec.

Kenya’s President, Uhuru Kenyatta on Sunday at 10:45pm had flagged off the dreamliner (with a 234 passenger capacity) at Jommo Kenyatta International Airport. It took 15 hours until it touched down in New York, saving the passengers 7 hours from the previous 22 hours it took to fly from Nairobi to New York.

This direct flight ushers in a new dawn for Kenyan travellers who previously had to connect to this U.S through other airports since Jomo Kenyatta Internation Airport (JKIA) was not categorised as Category 1.

KQ is the first airline to offer a non-stop flight between East Africa and the United States of America.

Kenya Airways which has been classified as both non-stop and direct will offer daily flights to and from New York.

Kenya, a competitive destination for tourism within the East African region, boasting of its coastal attractions, safari adventures, diverse wildlife, geographical landmarks, will be looking to grow its tourist arrivals.

A return ticket from Nairobi to New York currently starts at KSh 66,560, according to the Kenya Airways website.

“We are making history. We are indeed happy to have been part of this journey, which is a milestone for Africa,” said KQ chief executive, Sebastian Mikosz while commenting on the development.

On the economic front, Kenya will also be looking to grow its trade with the U.S. According to tjr American Chamber of Commerce, Kenya’s exports to the US grew to US$470 in 2017 from US$431 in 2016.

The government of Kenya believes that direct flights to the U.S will enhance JKIA as a regional hub airport and as the key gateway into East and Central Africa, thus increasing the number of transit passengers.

In February 2017, Kenya Airways got security clearance for the New York route by the U.S Federation Aviation Administration after a major refurbishment of facilities at the main Nairobi airport. The carrier (KQ) also got approval to operate in the U.S later in September.

“We have studied the figures and we think it is a viable business. We shall tap into the 400 daily passengers that connect from New York to East Africa daily,” he said. 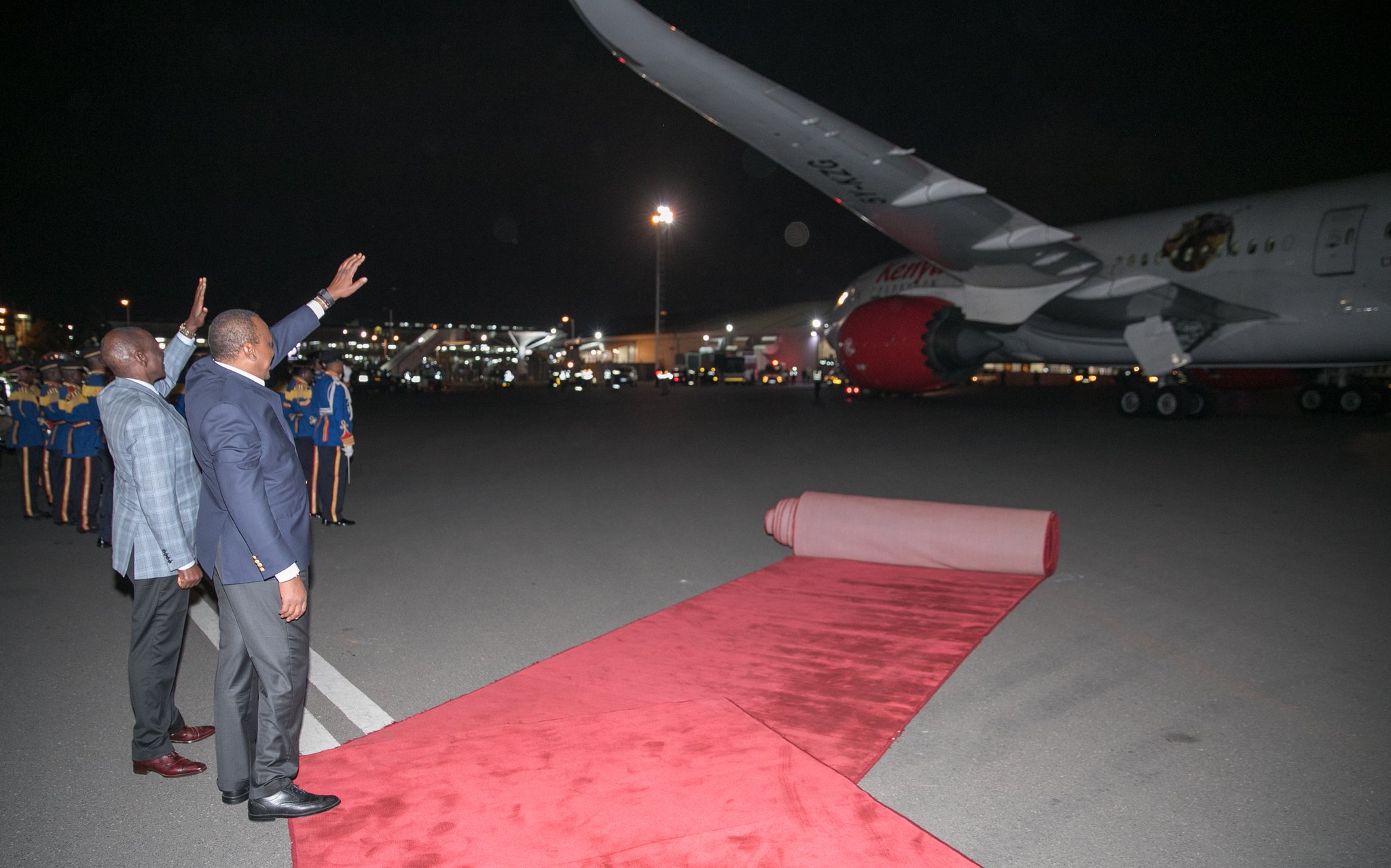 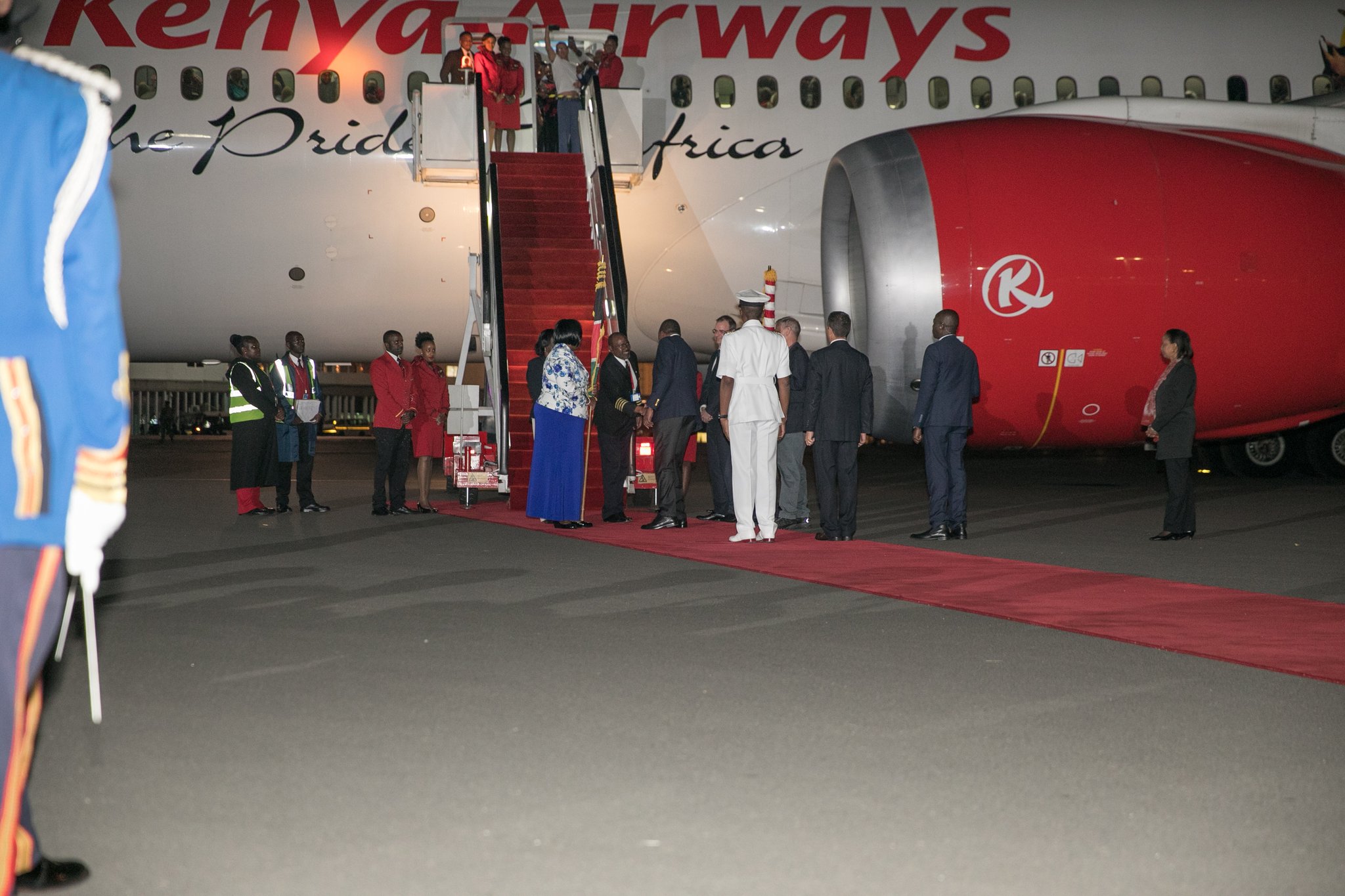 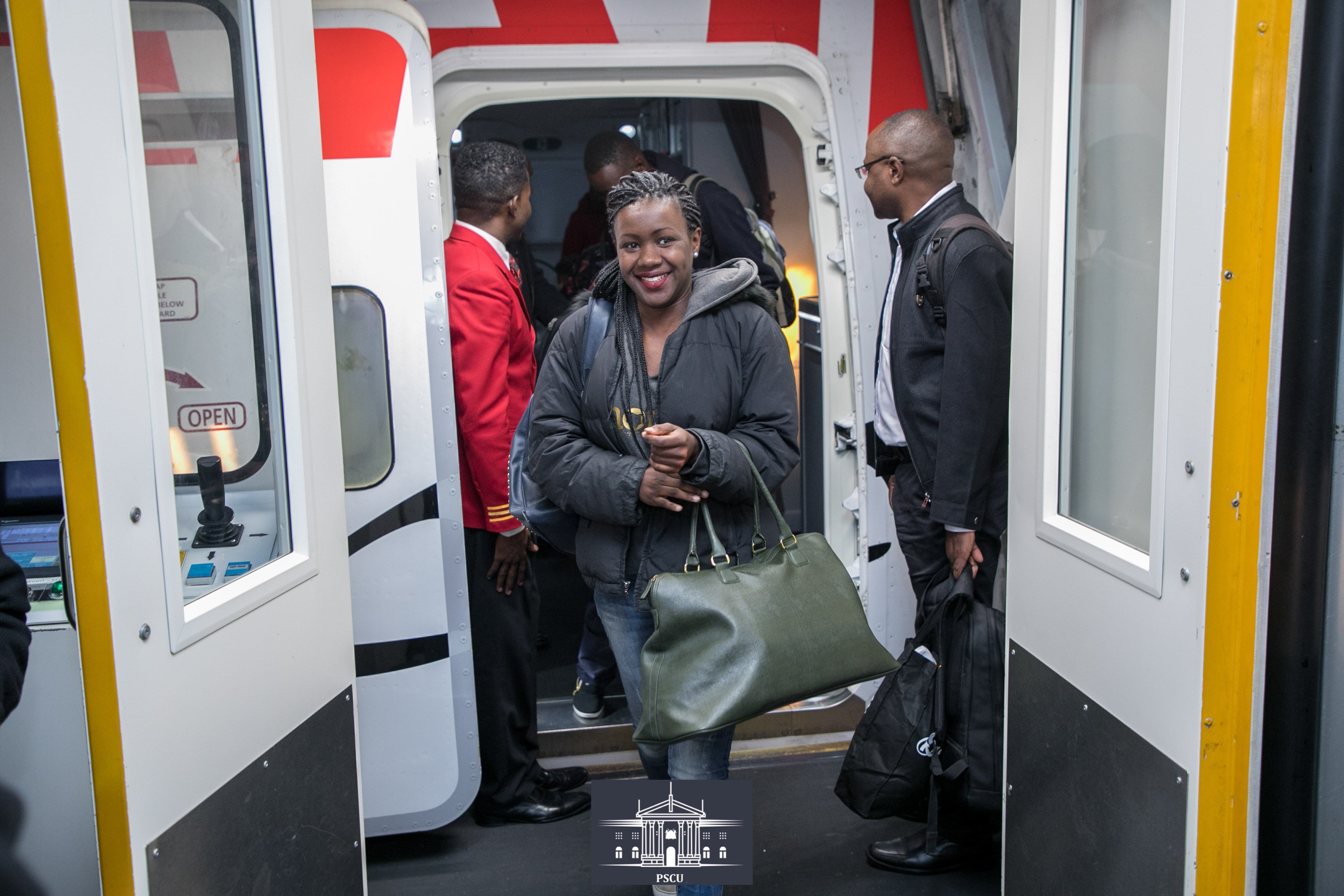 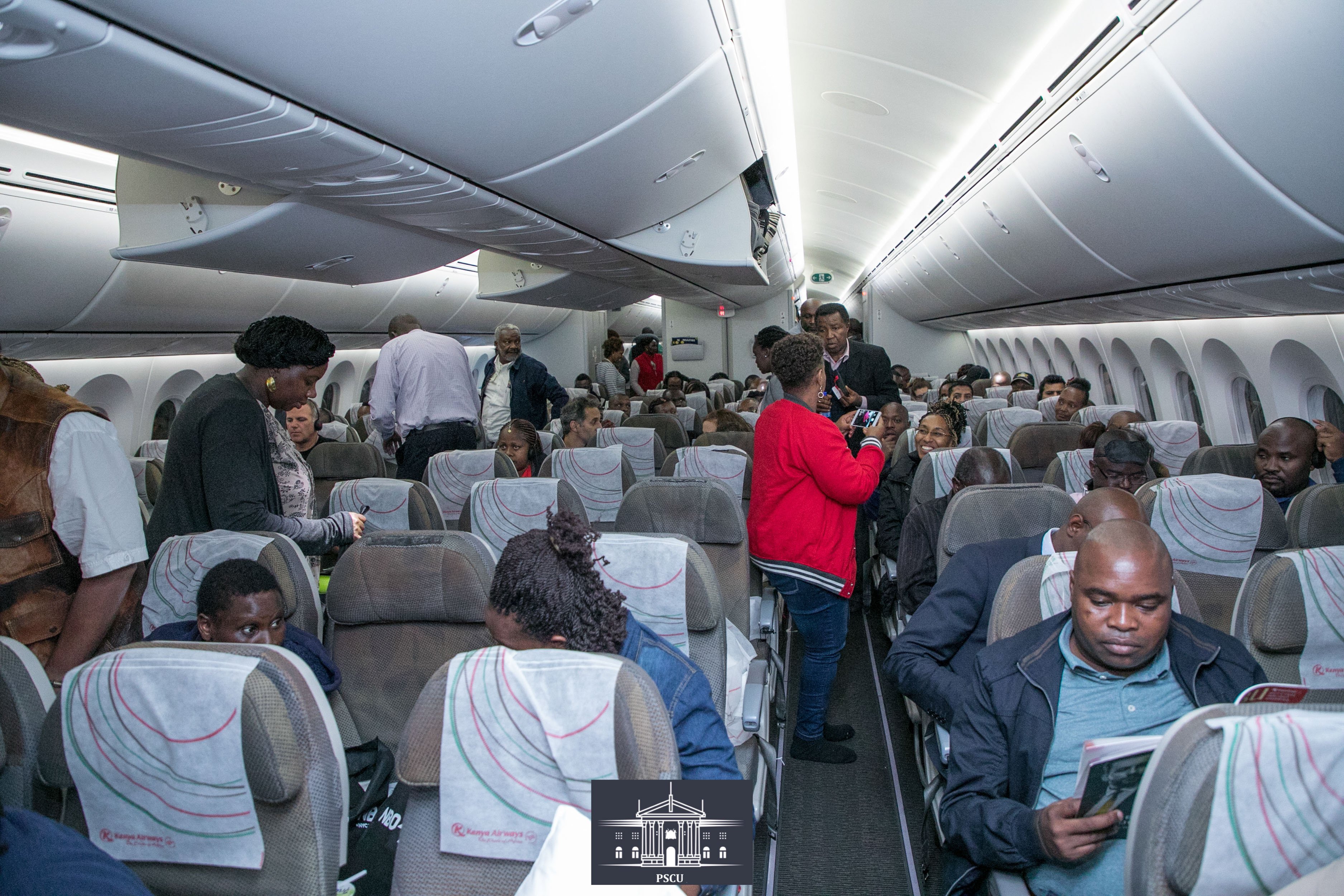 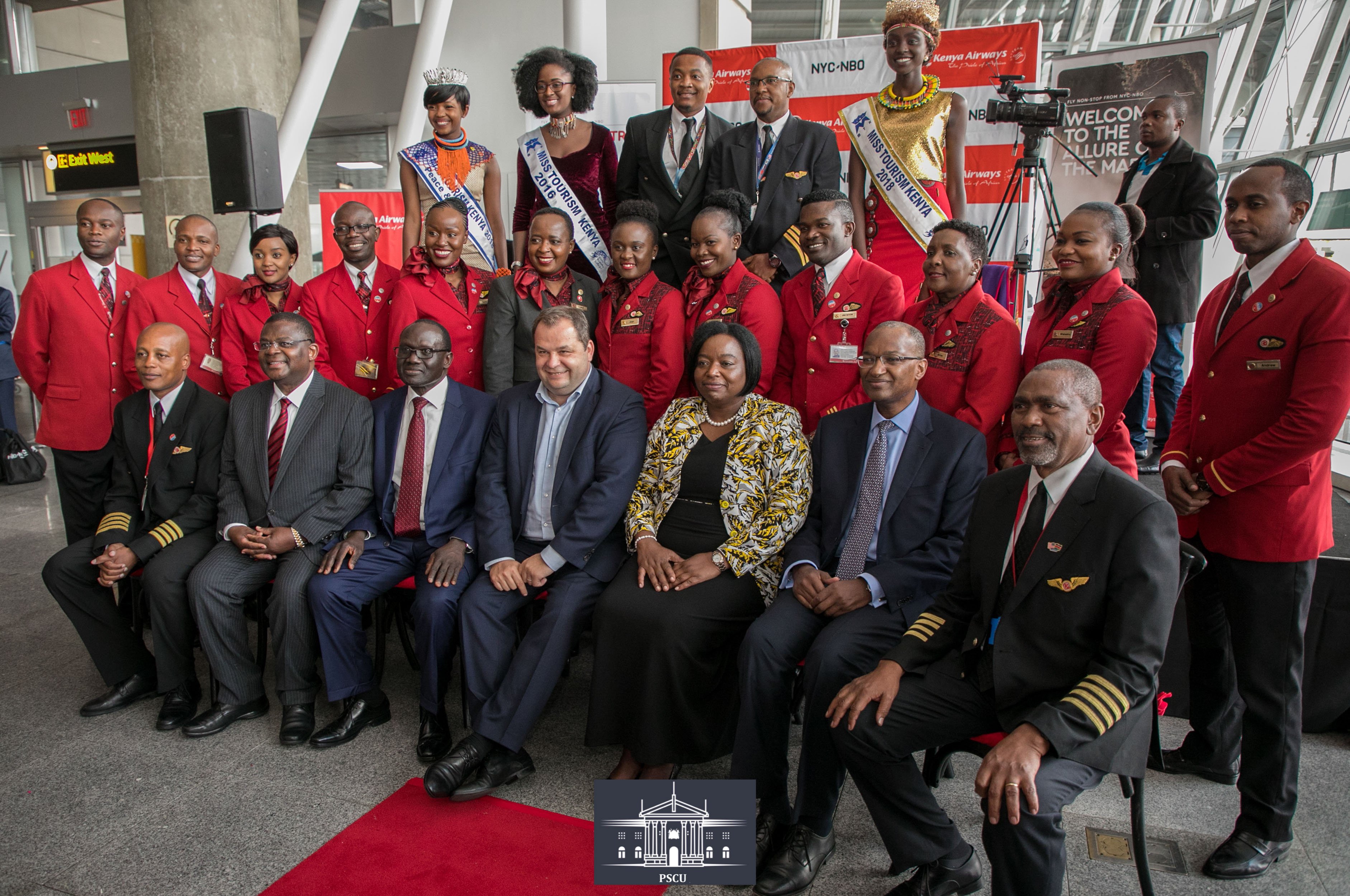