A few hours to the Kenyan presidential elections, the number of people entering Uganda from Kenya has increased.

Addressing journalists on Monday, police spokesperson AIGP Asan Kasingye said that over the past one week, the number of people crossing the Kenyan border to Uganda has tremendously increased.

“On Sunday over 30 people crossed to Uganda in fear of the situation in Kenya,” Kasingye the told a news conference.

Kasingye, however, said that they are ready for any eventualities that may happen during and after the elections.

“Though there is nothing to show that there is going to be violence, we are ready to receive whoever comes to the border.”

He noted that security will be on alert in case of any wrong elements who would wish to use this chance to enter Uganda and cause mayhem.

According to Kasingye, despite absence of a specific threat, police will keep securing the borders as they have always done.

He urged Kenyans to remain united and peaceful during and after the heated elections. 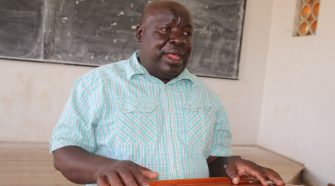 MUST: Staff Association Chairman Impeached for Sabotage, Allying With Adversaries