As the country continues efforts to contain the spread of Ebola disease which was confirmed in Uganda on Tuesday last week, neighbouring Kenya is in panic after a woman with suspected Ebola symptoms was identified and put under isolation.

The patient who is currently at Kericho County Referral Hospital was on Sunday traveling to Nairobi city from Malaba which borders with Uganda, according to Dr David Ekuam, Kericho County Health Health Services Department Chief Officer.

Ekuam on Monday said that blood samples from the patient have been sent to Kenya Medical Research Institute for further analysis and results are expected to be ready by close of business today Monday.

Since confirmation of the first case last week in Uganda, three people have so far succumbed to the deadly disease including a 5 year-old-boy.

DRC has been battling the disease in August 2018 and over 1,000 people have so far died of Ebola.

However, government says no any other districts in Uganda apart from Kasese (located at the Uganda-DRC border) has registered any case of Ebola infection so far, and that no new cases of the disease have been confirmed yet.

Ebola virus disease is a severe illness that is spread through contact with the body fluids such as vomit, blood and faeces of a person sick with the disease. The symptoms can be sudden and include fever, fatigue, muscle pain, headache, sore threat.

According to WHO, people who have been in contact with someone with the disease are offered vaccine and asked to monitor their health for 21 days to ensure they do not become ill as well. 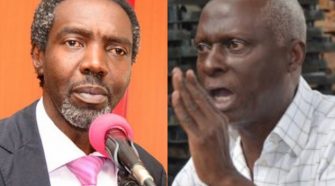