Kenya’s Supreme court on Wednesday failed to hear a petition that seeks to have Thursday’s repeat Presidential election cancelled. Chief Justice David Maraga appeared alone in court on Wednesday morning and later proclaimed that the court was short of the judges required to constitute quorom for the petition to he ruled on.

Maraga said only he and one other judge had been able to attend the hearing. It is unclear whether the shortage of judges was influenced by the fact that Wednesday was a public holiday in Kenya to allow citizens to prepare for the election.

“As the two of us cannot form a quorum, this matter cannot be heard this morning,” he said.

On Tuesday, Maraga had certified the petition as ‘urgent’, saying it had to be heard even on public holiday. His decision had raised more uncertainty on the possibility to proceed with the polls.

Relatedly, the High Court on Tuesday dismissed another petition by Pokot South MP David Pkosing that sought to have opposition strong man Raila Odinga take part in the election.

In his ruling, High Court Justice Chacha Mwita said that the court lacked the jurisdiction to handle the issues raised by the petitioner.

He said that if there was contempt of court by NASA leaders as alleged, only the Supreme Court had the jurisdiction to deal with the matter.

“No court can force a citizen or a person for that matter to exercise his/her fundamental rights. The citizen has a right to make political choices,” Mwita said. 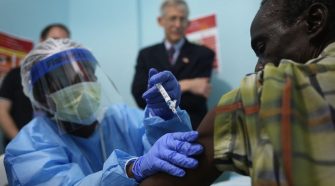