As part of its activities to mark the annual Jamhuri Day, the Kenyan High Commission in Uganda has donated supplies to the vulnerable children’s home in Masulita, Wakiso district.

The donation was delivered on Wednesday by the Kenyan Ambassador to Uganda, Kiema Kilonzo.

At the home, the Ambassador together with the team from the embassy was guided in a tour of the entire facility including the vocational skill training centre, the home for the kids and farm.

In his remarks, Ambassador Kiema emphasised the issue of love during this peak period of the year urging that, Jesus talked of love and being able to relate with the less privileged as key.

He said that as the Kenyan community, it is close to their hearts to extend love to the next breed of generational leaders regardless of their precondition.

“We decided not to go and celebrate in big hotels but rather spend more of our time with the less privileged and orphaned kids so that they are able to identify with us and know people out there still care for them,” Kiema said while on his visit.

He encouraged the kids to remain focused and those who had been rescued from the streets to consider reuniting with their families so they could be under full support of their parents for better family relation, livelihood and gain sense of belonging.

The Ambassador revealed that their intervention as Kenyan embassy to come and be part of kids at Masulita is to strengthen their relations far beyond giving basic support and needs but rather reassurance for better relations between the two countries.

“Kenya and Uganda have had a long-lasting relation and expanding our horizons into more specific ventures like health, tourism as well as infrastructure development will take us along way, let us not be divided by these mere borders,” Kiema said.

Rose Tumusiime the, Board chairperson for the UWESO Masulita children’s center, also Woman MP for Entebbe revealed that with over 30 years of existence, the centre is working hard to ensure no child is left behind.

According to Rose, their dedicated service which spans over three decades has seen over 1.4 million children nurtured into adulthood and now serving in different spheres of life, family, community, public and corporate life.

“UWESO uses a unique approach of engaging women more in making a difference in the lives of children and we attribute all this to Mama Janet Museveni, the first lady who found it wise to count on the efforts of women,” the MP said.

Moses Mayanja, the Mayor of Masulita town council noted that as local leaders they are working hard to see Masulita children’s home transformed. He applauded the Ambassador for taking his visit to the centre shortly after American rapper, Kanye West visited, which he said is aa testimony that Masulita was slowly getting notice.

“This is a very great place but the only problem is access. With your visit today, we hope you will add your voice to ensure that the roads leading to other basic services are worked on so the kids do not look like they are being abandoned or neglected,” Mayanja noted.

The Masulita children’s home which was started by Uganda Women’s Effort to Save Orphans (UWESO). 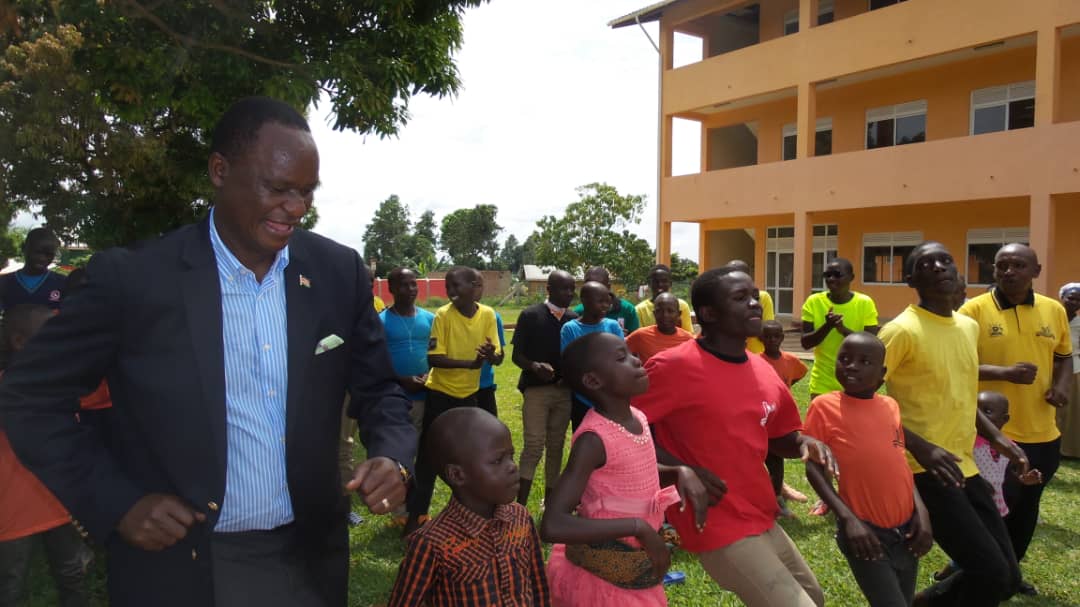 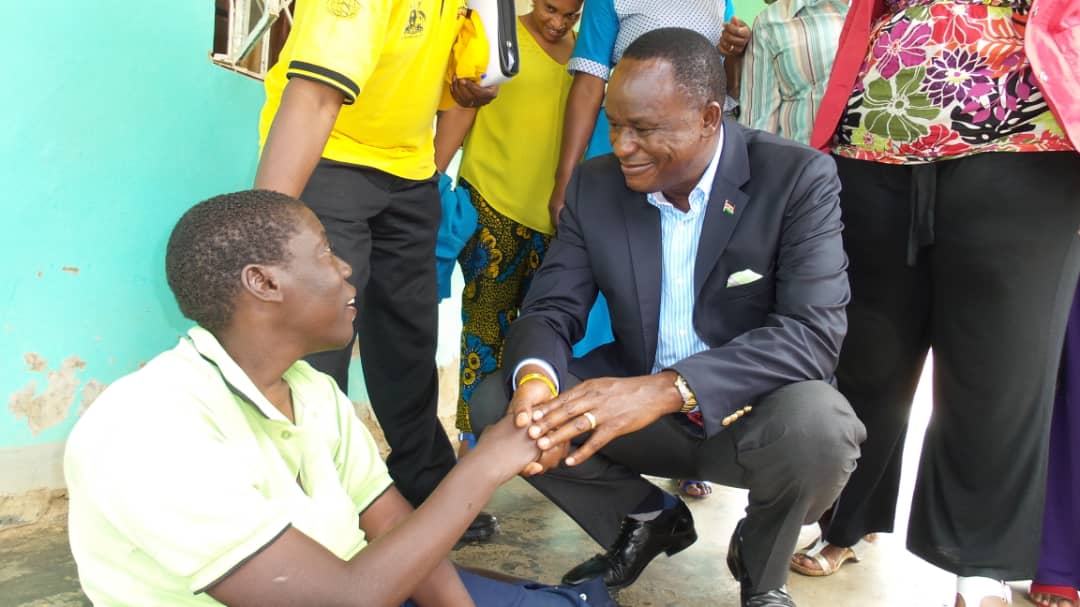 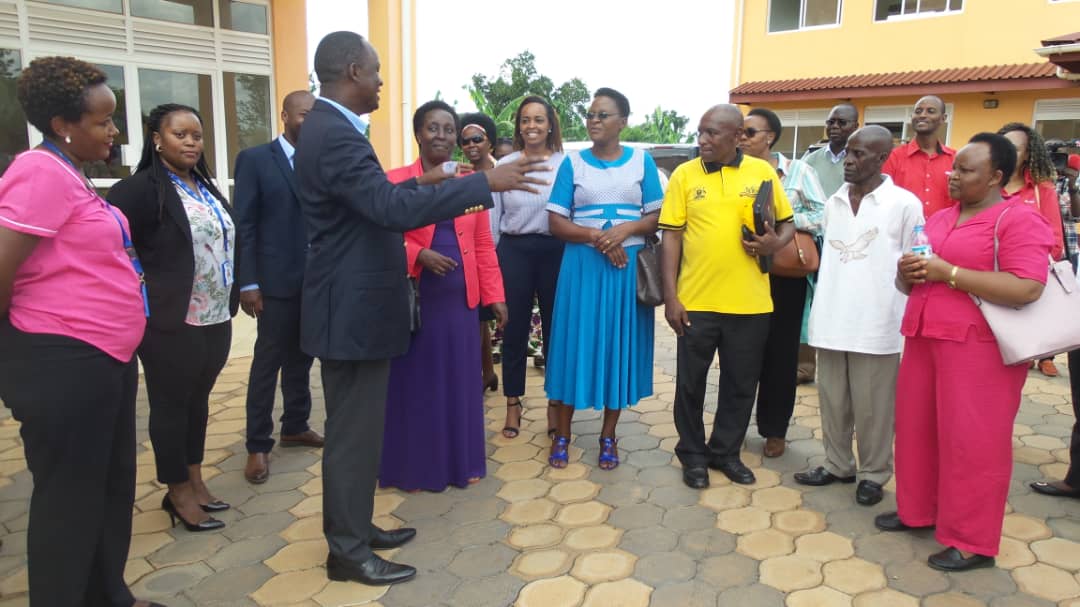 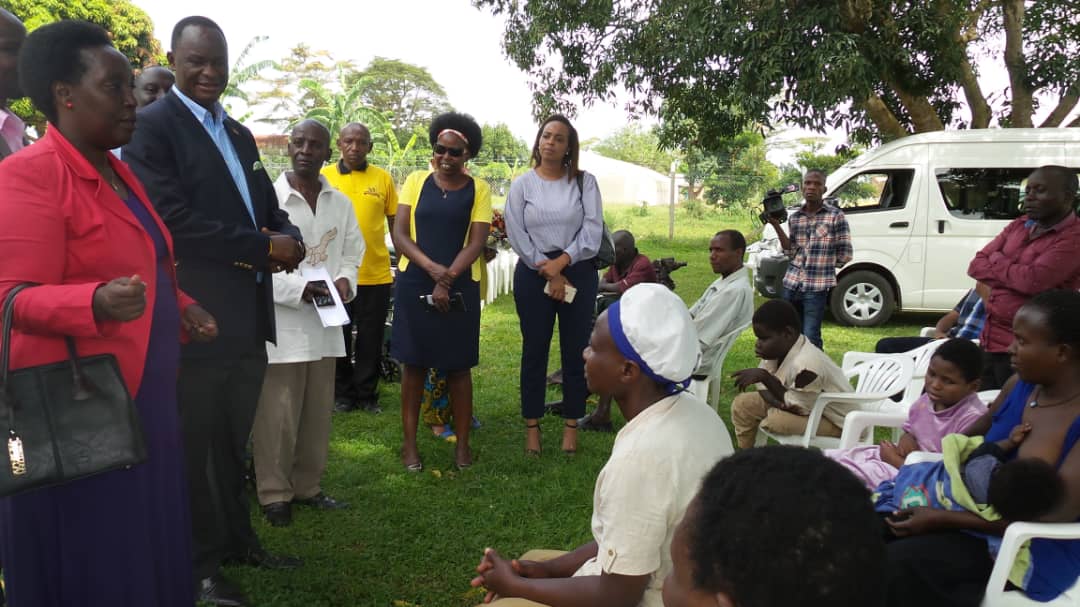 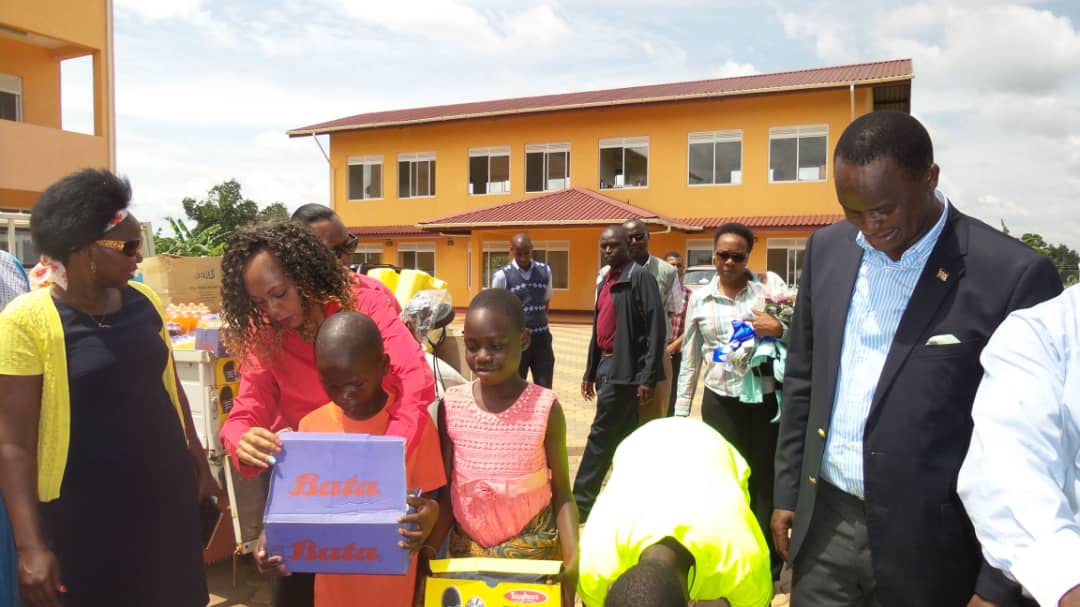 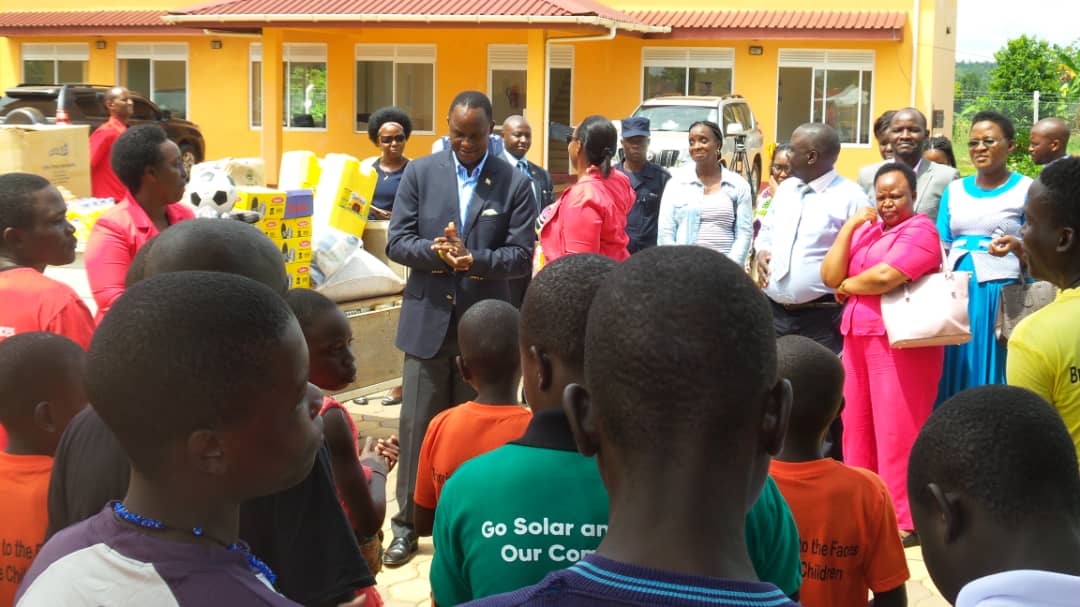 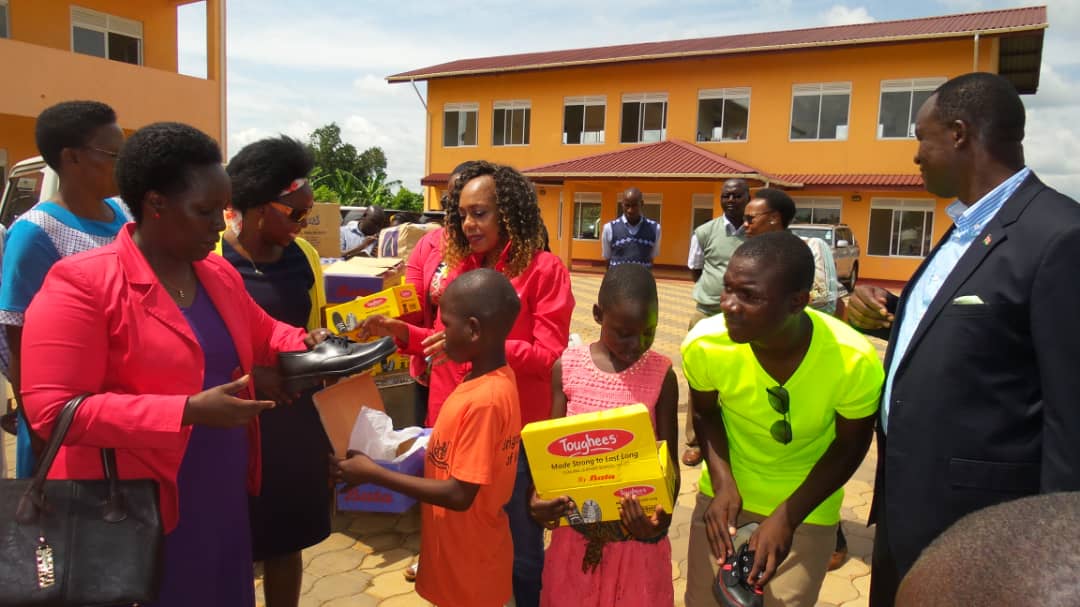 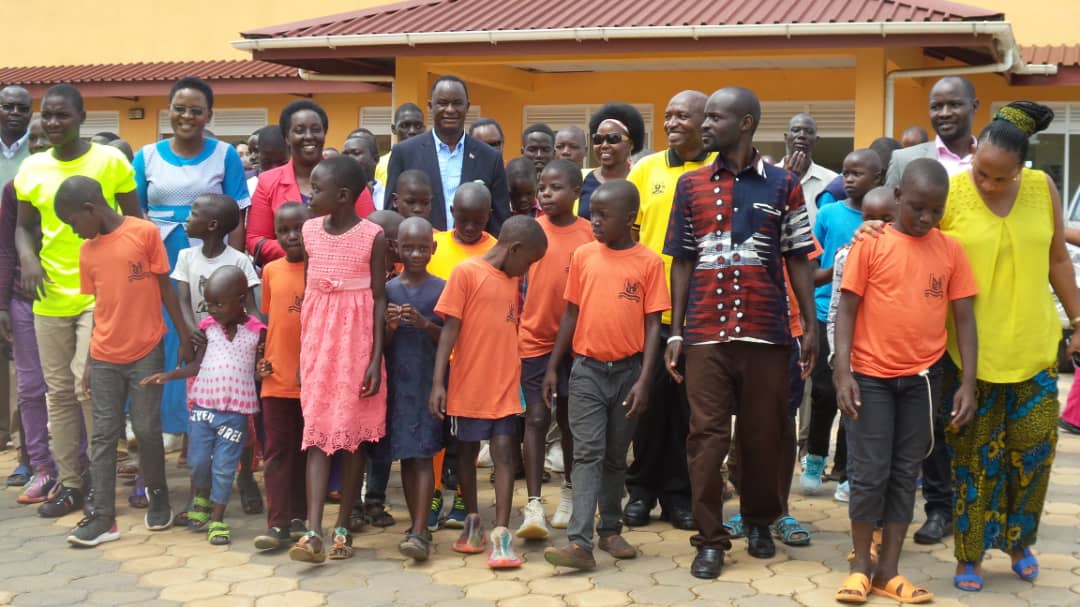 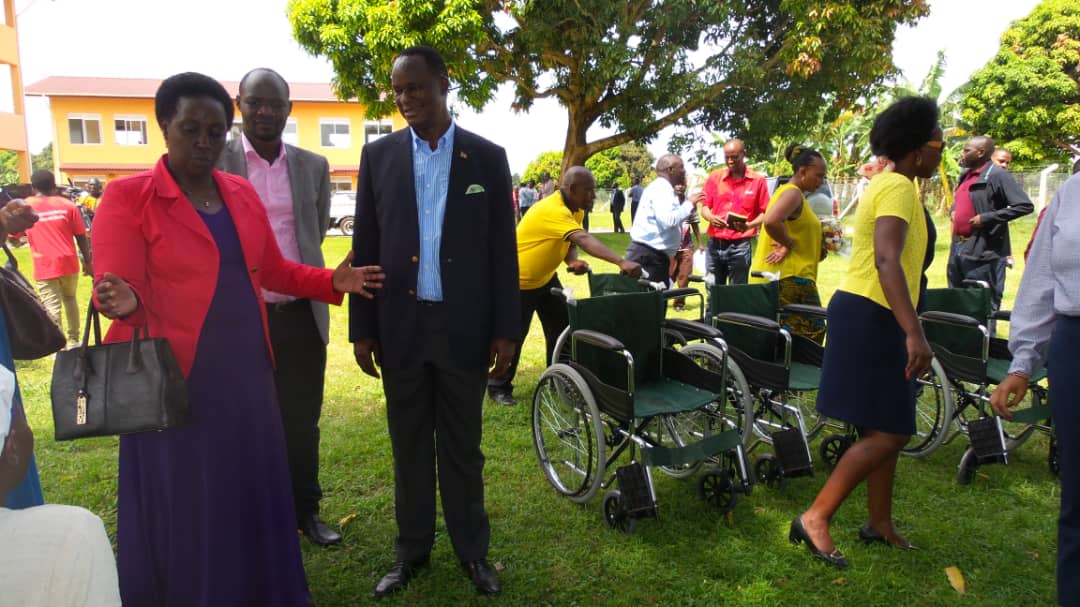 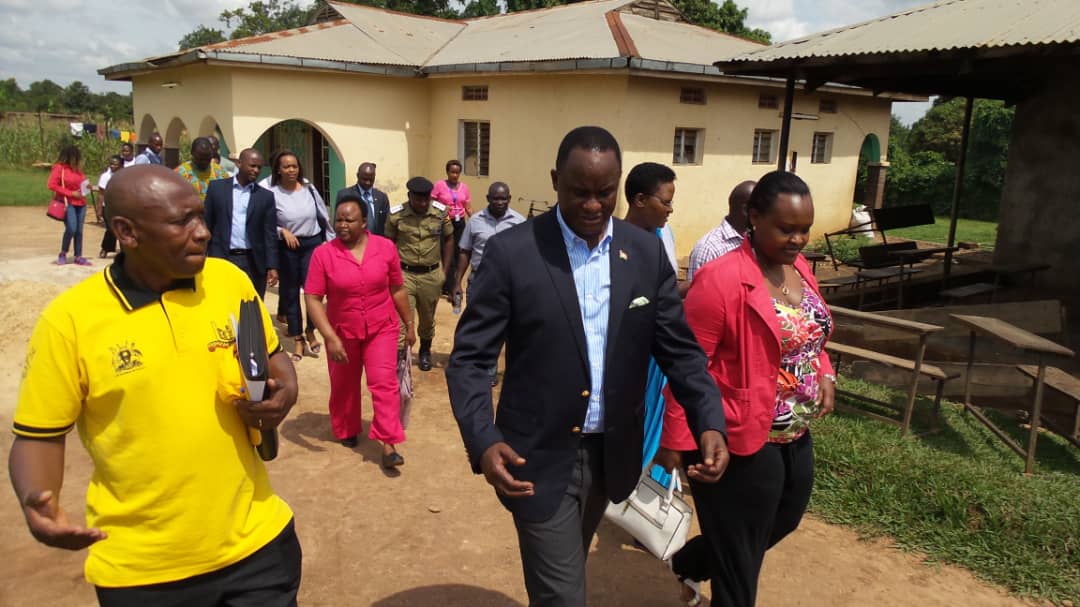 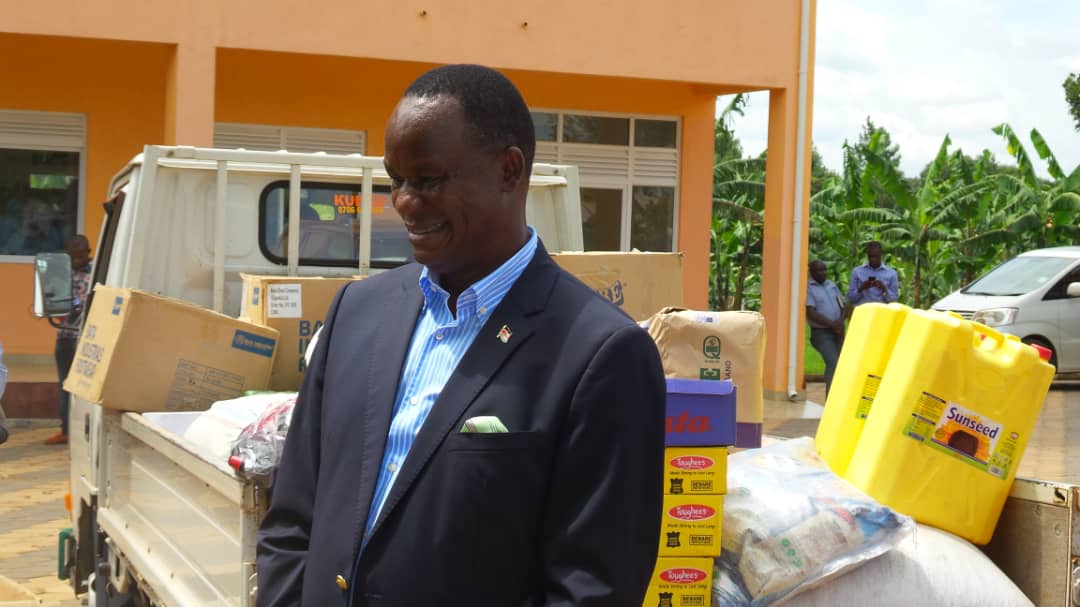 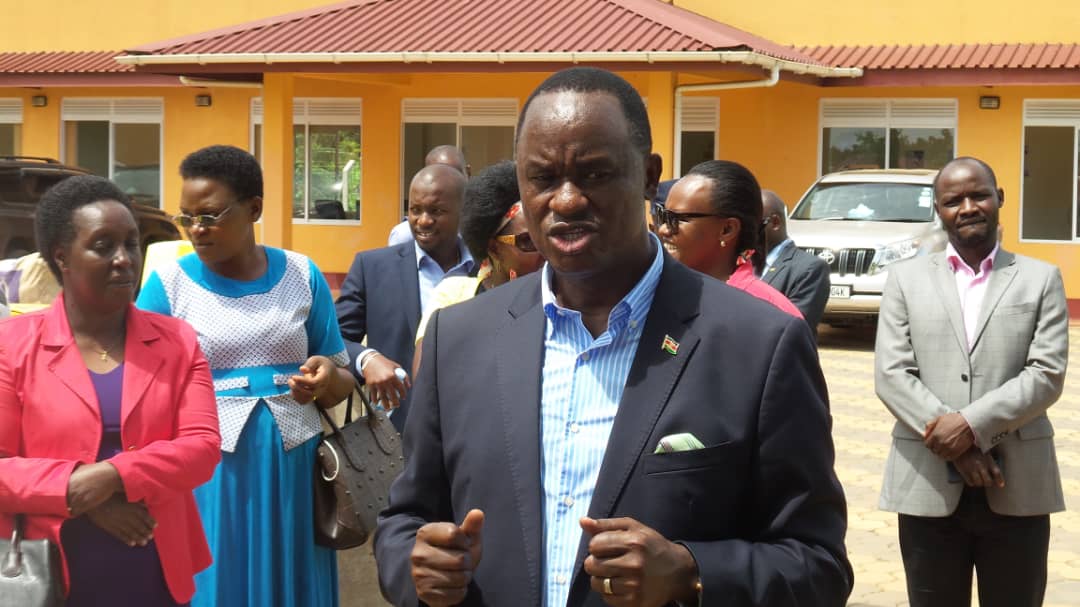