Kenya’s Minister for Finance, Henry Rotich is under arrest for allegedly  flouting procurement procedures in awarding a contract worth over USD 450m for the construction of two dams in Arror and Kimwarer.

The contract was awarded to an Italian company named CMC de Ravenna.

Rotich surrendered himself to the police after the chief prosecutor, Noordin Haji, ordered his arrest over allegations of corruption. The chief prosecutor had ordered for the arrest of Rotich and some 27 other officials.

On Monday he turned himself in to the authorities along with his principal secretary and the chief executive of Kenya’s environmental authority.

AFP News agency quotes Police as having said the officials are in custody and that they (Police) are searching for the others before arranging them in court.

Kenya has been grappling with excessive levels of corruption which many citizens have often criticized President Uhuru Kenyatta’s government for lacking the will to clamp down on.

The DPP himself has faced a lot of backlash for failing to crack the whip on corrupt officials especially those at the highest level. But during a recent appearance on Citizen TV, the DPP, Noordin Haji said his office is being “meticulous” so that the prosecution is not in vain but instead helps in recovering the said monies.

“We have to finish with the investigations. There is a presumption of innocence, everybody has to be given an opportunity to present their side of the story,” the DPP said in March this year.

He however added that the Office of the DPP has changed the approach from focusing only on prosecution which sometimes wastes taxpayers’ money but with no recovery of the stolen funds.

“We are not going to arrest you, charge you and give a sentence, then ten years later, you go and enjoy the proceeds of crime. What we are doing is we are following the money so we return it to Kenyans so that it is used for better things,” he said.

He said at the time that about Ksh 7bn was awarded to the contractor, Ksh 11bn for insurance and another Ksh 21bn paid to the contractor and insurance, in the controversial procurement. However, he noted that in some areas where the said dams were planned for construction, there is nothing to show for it.

Asked why prosecution in regard to this particular investigation (into the dams) was taking long, Noordin Haji said the process involves acquiring information from foreign jurisdictions (with the approval of foreign courts). This, he said is tedious and costly.

“It is a long process but in the end, we shall be able to track where the money has gone. Kenyans’ money”.

He said the investigation will involve questioning officials from the Treasury, the Attorney General (where it is discovered that the contracts had irregularities), officials from various Ministries as well as Principal Secretaries.

Asked when Kenyans will see these individuals arraigned in court, Haji said: “Let the DCI finish the investigation and forward the file to us, and i will answer that question”.

Rotich’s arrest will send shockwaves through the political elite, who are accustomed to corruption scandals resulting in little official action.

Earlier this year, the Finance Minister’s questioning by police provoked an angry reaction among politicians from his powerful Kalenjin ethnic group. 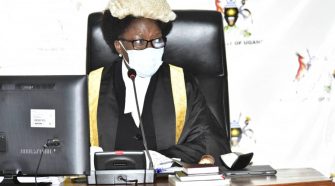