In his latest torrent of posts on his Facebook page, Singer Eddy Kenzo has told off his critics that his recent outburst has nothing to do with his separation with songstress Rema Namakula but rather Sheikh Nuhu Muzaata’s comments.

On Tuesday, Kenzo shared a WhatsApp conversation between him and Rema from July this year as the two chatted about their separation. At the time, Rema’s new fiancee, Hamza Ssebunya, wasn’t known to the public.

In the WhatsApp conversation, Rema informs Kenzo about her new relationship which she intends to legalize. She further asks whether he (Kenzo) would love her and the kids to vacate the house owned by Kenzo.

“Meanwhile thank you for allowing us to stay in the house for all these two years after you left,” she wrote.

In response, Kenzo tells Rema to take her time and to vacate the house at whatever time she feels like. He also told her to let the kids finish the school year and change school when the new year begins.

Today, he wrote on Facebook: “You who claim my issue is with Rema, read this WhatsApp conversation carefully. It’s not about her. But how does a speaker at a matrimonial event decide to drag an ex-lover into their speech?”

“This is a mission!! I sat with Rema had meetings in our bedroom discussing, and in our last meeting, we decided to separate in peace. And she will always be my family, but it’s you people who keep dragging her in this controversy,” he said.

“But I will be the last person that Muzata will abuse. Islam has been disgraced . Alhuakbar ?”

The BET Award winner says he hasn’t slept since last week when renowned Muslim cleric, Sheikh Muzaata made abusive statements against him (Kenzo).

It comes a few weeks after the public learnt Rema had officially separated with long time finaceé, Kenzo.

However, the controversial separation which has since divided the ex-couple’s fans, took a news twist last week, during a traditional event where Sheikh Muzaata made offensive utterances interpreted to have been indirectly aimed at Kenzo.

Speaking at the function, Muzaata congratulated Rema on finding new love, a man who is ready to put a ringer on her finger.

“Congratulations on surviving the ‘love niggers’, those ones who do not want to marry. They keep giving excuses. They keep claiming a wife must be like one’s mother. Are you stupid? Go marry your mother then,” Muzaata said.

Kenzo has since lamented over the cleric’s statements which he says were an insult to his (Kenzo) dead mother. He said the utterances regarding his mother were insensitive and should never have been made before his daughter who was present at the event.

In his Tuesday posts, Kenzo says he has not found sleep ever since the Sheikh made the statements.

“Since Muzaata abused me, I have never slept. I spend the night seated”.

“I have been praying to God to help me calm down but in vain. The pain gets worse instead. I have decided I will use my Facebook page to talk to you.  It’s time to tell the truth,” Kenzo said on Tuesday.

He says he won’t relent in his fight for his rights. The singer further alleged there is a plot involving the media and other ‘private mafia’ to taint his name.

Kenzo says it is unfair that most people are asking him to keep silent over the Muzaata issue wondering whether the Muslim cleric is a superior human. In the last 7 hours, the singer has made 8 emotional postings on his Facebook page over the same issue.

But some Ugandans who side with Rema say Kenzi is only seeking public sympathy and that his recent ranting is uncalled for. 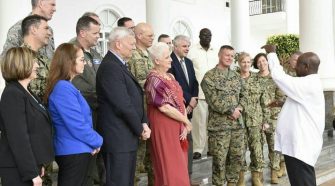