With nearly a fortnight after Pope Francis asked leaders of South Sudan to embrace peace and seek what unites and overcome what divides, the country’s President Salva Kiir, is disappointed the two parties did not use the Pope’s message to form a government of national unity with immediate effect.

In a two-day meeting held in Vatican also attended by Archbishop of Canterbury, Justin Welby, saw the Pope kneel and kiss the feet of South Sudan’s former warring leaders President Salva Kiir and former rebel leader, Riek Machar as he called on them to commit themselves to the building of their nation.

However, in his Easter message to the people of South Sudan, Kiir has said that he expected the two (himself and his former Vice President, Machar) to have flown together to Juba and effect the peace agreement henceforth.

As a requirement in the September revitalized peace deal, Machar is supposed to be in Juba on or before May 12 to participate in forming South Sudan’s Transitional Government of National Unity.

His group SPLM-IO (Sudan People’s Liberation Movement In Opposition) has not yet indicated his return date, creating fear that the agreement may not be effected.

“I was convinced by the Christian leaders of the need to urgently bring peace to our people. In fact, I had assumed that we were all touched by the spiritual message, that we were all going to jump on the same plane from Rome to Juba so that we can form the new government and use the papal message to bring peace among our people,” President Kiir said in a statement.

“Nothing could have been a great gift to our people this Easter than for Dr Riek Machar and other opposition leaders to be in Juba so that we can celebrate the triumph of our Lord together to reassure our people of our commitment and to the agreement we have signed and to the total peace of our country,” he added.

He said the two leaders signed the current peace agreement out of their own volition and ought to commit to its full implementation, admitting that the agreement has a lot of challenges “but we have the political will to deal with any challenges arising during its implementation.”

Kiir says the two parties should continue to dialogue, make compromises and ensure that the impossible is made possible, saying leaders should focus on returning peace to the country.

According to the agreement, Machar is to be reinstated as first vice president in the new government.

However, SPLM-IO says security arrangements, which are due to be completed by the end of the 8-month, pre-transitional period, are far from being settled, throwing Machar’s return to the capital in question.

They have already proposed delaying the formation of the transitional government for six months because implementation is dramatically behind schedule.

South Sudan’s civil war, which broke out in late 2013 when Machar, then Vice president, publicly stated his intentions to challenge President Kiir. In July 2013, he, and the entire cabinet, was dismissed from office.

Machar said that Kiir’s move was a step towards dictatorship, leading to the war which has seen tens of thousands killed and displaced more than 4 million South Sudanese from their homes. 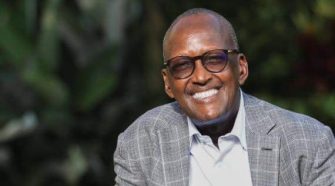