President Salva Kiir of South Sudan and former Vice President, Riek Machar have agreed on a permanent cease-fire within 72 hours across the entire country which has been rocked with years of civil conflict.

The latest agreement to a permanent ceasefire followed the discussions held during the Khartoum round of peace talks, brokered by Sudanese President Omar Bashil.

“A permanent ceasefire is hereby declared throughout the Republic of South Sudan and shall enter into force within 72 hours of signing of this declaration,” a document signed by President Kiir and Riek Machar on Wednesday read in part.

Within the 72 hours, the parties shall agreed on all the ceasefire arrangements including disengagement, separation of forces in close proximity, withdraw of allied troops, opening of humanitarian corridors and release of prisoners of war as well as political detainees.

In the same period, the two rival parties will agree on self monitoring mechanisms. Meanwhile, IGAD and African Union member states have been invited to deploy the necessary forces to supervise the permanent ceasefire.

The Khartoum agreement adds that “the security arrangements that shall be adopted shall aim at build a national army, police and other security organs of an all inclusive character that shall be free from tribalism and ethnic affiliation”.

Both sides will also consider policies that will facilitate the disarmament of civilians all over the country.

The ongoing peace talks in Khartoum are also expected to conclude on the “Revised Bridging Proposal” which will among other things lay out terms for national elections and power sharing between the conflicting parties.

The agreement was signed by President Kiir, his former deputy, Riek Machar, the Sudanese President, Omar El Bashir as guarantor, as well as representatives from the South Sudan Opposition Alliance, former detainees and other opposition parties.

Part of the agreement also touches on securing South Sudan’s natural resources, particularly the oil rich fields in Unity State and Tharjiah. The government in South Sudan, working together with that of Sudan will rehabilitate the oil in order to resume and restore the previous levels of oil production.

Kiir and Machar have appealed to the international community to work towards helping in improving infrastructure and other basic services which have since deteriorated living many South Sudanese in need.

The conflict in South Sudan has claimed tens of thousands of lives, driven about 4 million people from their homes. Previous cease-fire agreements made by the government and rebels were quickly violated. 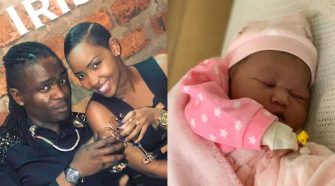