The Chairman of National Association of Broadcasters (NAB), Kin Kariisa has commended security agencies in Uganda for their noble service in protecting Ugandans and their property.

He was speaking at the senior security and media executives end of year dinner, hosted at the Ministry of Defence Headquarters in Mbuya, Kampala on Thursday evening.

Kin, who is also the Chief Executive Officer of Kamwokya based Television, NBS TV, said that the country and media in particular ought to recognize the contribution of the officers since they have successfully defended the nation from external and internal threats.

He said Ugandans should not take their work for granted.

“I want to first of all thank the security agencies for keeping us safe and defending our country. We need to recognize and appreciate these gallant sons and daughters of this country and as media, we should not feel ashamed of recognizing whatever they have contributed for this country,” Kin said.

He also applauded the current security chiefs for working together, mutual commitment and a common purpose in securing the nation, which he said is the way for the progress of Uganda.

He said that unlike in the recent past when media reported bickering among senior security officers, media was now seeing them together which is a gesture of comradeship and indicator that they are working together.

However, Kariisa noted that 2018 has seen a number of journalists clobbered and battered by Police and military personnel, thus calling upon them to revise their actions in the coming year.

“This year has not been a rosy one for the media because we have not had a good relationship with security forces. Some of our reporters have been clobbered many times and sure with this kind of engagements (the dinner), we can do better,” he explained.

He highlighted that the media and security share common objectives in transforming the country and need not be at loggerheads, but instead forge a way of understanding each other and work together.

The event was themed: “Closing potential performing gaps in Uganda media and national security and the interventions for emerging challenges.”

While explaining the objective of the event, Bright Rwamirama, the State Minister for Defence said that it gave the senior security leaders and the media an opportunity to interact on issues that may need to improve on the relationship between the media and security apparatus in order to provide exemplary services to the nation.

The function was presided over by the Prime Minister, Dr Ruhakana Rugunda and attended by several top leaders in security and media. 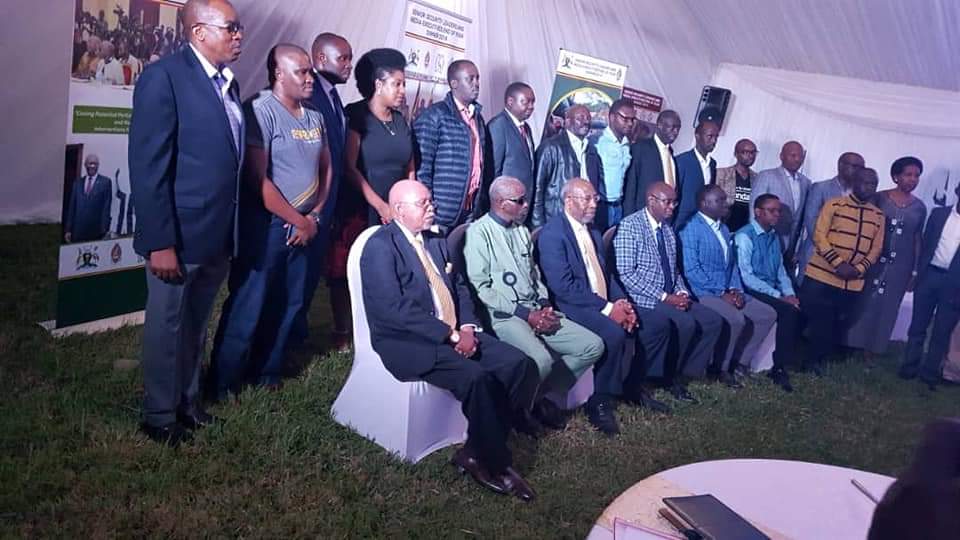