KISORO – Two people have died after drowning in Lake Butanda in Kisoro district.

Police report that three people who were crossing the lake on a canoe drowned in the lake, but one of them managed to swim and save his life.

The two who died in the incident have been identified as Pafura Musuhuke, 57, a resident of Mwaro village Karambi sub-county and Janet Ntakirutimana, 18, a resident of Kigoma village, Nyakabande sub-county.

The canoe capsized as a result of heavy winds which caused dispersion, the Kigezi Region Police spokesperson, Elly Matte said in a statement.

The tragedy occurred on Saturday at around 7pm at Kaboko landing site.

Matte said that the two dead bodies were retrieved and have since been taken to Kisoro hospital mortuary for postmortem.

“It’s very unfortunate to have lost our people under such circumstances. I want to ask our people on the waters to always take water safety very seriously,” Matte said in a statement.

He advised people who use the lake as a means of transport to always use life jackets and to avoid dangerous wind hours which cause such calamities. 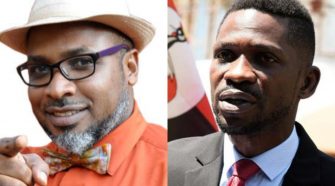