The ceremony also known as Kwibohora is being held Thursday at the Amahoro National Stadium in Remera. It is themed “Together, We Prosper’.

In Rwanda, the dignitaries were received by the Ambassador of Uganda to Rwanda, Oliver Wonekha, her Deputy, Anne Katusiime, and the Defence Attache, Maj Gen Burundi.

President Yoweri Museveni is currently in the Bugisu sub-region on his Eastern leg of the nationwide campaign to promote wealth creation.

Liberation Day marks 25 years since the Rwanda Patriotic Front (RPF) led by the incumbent President of Rwanda, Paul Kagame stopped the Genocide against the Tutsi in 1994 and liberated the country.

At least seven foreign Heads of State from across Africa and other high-profile government delegates and international icons are expected to grace the main celebrations at the 25,000-seat arena.

President Paul Kagame is expected to deliver a keynote address at the event.

Over a million people lost their lives in a genocide perpetrated by the then regime backed by then army (FAR) and Interahamwe militia. Some of the remnants of the genocidiares remain holed up in DR Congo under various splinter groups, the main of which is FDLR. 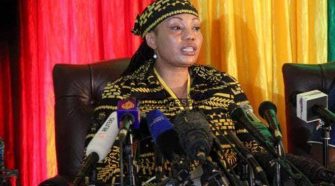