State Minister for Tourism, Godfrey Kiwanda has said tourism agencies must plan better ahead of the conferences of international nature hosted in Uganda, if the country is to benefit significantly from the MICE segment of tourism.

MICE stands for Meetings, Incentives, Conferences and Exhibitions, a segment of tourism in which countries leverage major meetings and events to promote their tourism.

As opposed to the conventional approach of marketing wildlife and geographical features to woo tourists, destinations are increasingly investing in hosting international summits which attract delegates that are also potential tourists.

Uganda has recently hosted forums like the 64th Commonwealth Parliamentary Conference among others which have also featured familiarization trips to national parks.

Uganda Tourism Board (UTB) believes that offering such delegates a memorable experience in Uganda creates a high ripple effect resulting from the recommendations made to other potential visitors.

However, Minister Kiwanda says more needs to be done if these MICE events are to be of impact to Uganda’s tourism sector.

He said it is critical that the tourism agencies such as UTB begin to engage these international delegates and avail them information about Uganda’s attractions, prior to their arrival.

He was speaking at Speke Resort Munyonyo on Wednesday during the launch of the Pearl of Africa Tourism Expo 2020, which is scheduled for February next year.

“Some of the International meetings are not organized by us (tourism sector). Whenever there are upcoming conferences, whether organized by Ministry of Finance, Agriculture or others, UTB should be aware and be on the planning committee,” he said.

“It is us (tourism sector) that were given the mandate of hospitality and welcoming foreigners to Uganda. It is us that receive these visitors and sell Uganda to them, so when we are sidelined, we won’t be able to do our job”.

According to Kiwanda, it is illogical to make last minute efforts such as showcasing marketing videos to delegates during a conference yet they are not prepared to tour.

Sometimes, this could be because they traveled on a tight budget or they had planned for a shorter stay which would not be the case if UTB pitched to them prior to arrival, he said.

“You can’t find delegates in a summit and play a video, and think they will suddenly stay for an extra two days. It is not possible because they have traveled on budget.”

“Therefore, we have to share this information prior. If we don’t do this, we might have as many conferences but we shall not realize the benefits we need”.

He also said UTB’s capacity is still small and that the agency requires additional staff. “We need to be represented in every Ministry”.

The Minister stressed that Uganda must be aggressive in its marketing since the tourism business is highly competitive and Uganda is not a monopoly.

Domestically, Kiwanda acknowledged the boost in domestic tourists as a result of the deliberate efforts by government through the ‘Tulambule’ campaign. As a result, he said, more Ugandans are beginning to visit the different attractions around the country.

“This is what we were doing with Tulambule. We wanted the media to open Uganda up. And we are glad that this has paid off. When Ugandans discover, they will also showcase”.

Kiwanda maintains that Uganda still has great potential given its unique features, but that UTB must study the different markets to identify what products they interested in.

“The general rule says people travel for leisure. However, the reality is that a fair share of tourists visit destinations for business reasons. The MICE segment has become one of the many economic development engines for the tourist industry”.

Pearl says MICE is sustainable for Uganda’s tourism since it does not rely on peak seasons as traditional tourism does. 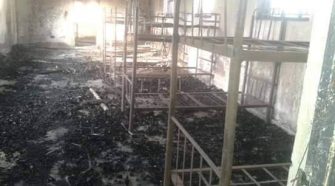