The Commander of Kampala Metropolitan Police has been directed by the Police Director for Legal Affairs, Erasmus Twaruhuka to evict the late Charles Muhangi’s family from Plots 50 – 52 on Nakivubo Road.

This comes four months after the Office of the Solicitor General ordered for the eviction of Drake Lubega from the said plots.

“The purpose of this communication is to relay position of the matter which is that Lubega should be in possession of the premises in question as the matter of ownership awaits court’s jurisdiction. The matter therefore is to instruct that you ensure that possession of the premises returns to Mr Lubega. Any party that is aggrieved by this decision is advised to seek court redress,” Twaruhuraka wrote in a communication seen by this news website.

Twaruhuka says the Police eviction order is informed by, among others, a letter to the police force by the Speaker of Parliament, Rebecca Kadaga and 2014 – 2017 legal opinions by the office of the Attorney General.

In the letter, Twaruhuka states that he and the Deputy Attorney General, Mwesigwa Rukutana attended a meeting at the Attorney General’s Chambers on Tuesday February 19 following Speaker Kadaga’s letter referenced AB/99/1999/10 and dated January 23.

The Supreme Court is expected to give its ruling on Thursday February 20 in the matter of late Muhangi’s son, Lionel Muhangi seeking to repossess the properties he co-owned with his father, the late Charles Muhangi under Horizons Coaches Ltd.

It is not clear with what interests Speaker Kadaga, the Deputy Attorney General and Police are rushing to have Muhangi’s family evicted ahead of Court’s ruling.

Police has been blamed by several witnesses who have appeared before the Bamugemereire Land Probe for taking sides in land wrangles and acting unilaterally to evict bonafide occupants or upon presentation of fictitious court orders. 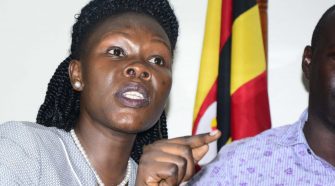 “I Didn’t Seek Your Opinion, I Instructed You” – Anite Disregards Rukutana’s Advice on UTL