The Deputy Commander for Traffic Police in Kampala Metropolitan, ASP Israel Wambesyo has been transferred to Sezibwa as Regional Traffic Officer, in the latest major reshuffle that has seen several traffic Police personnel moved.

The changes were announced on Monday in a statement by the Police Spokesperson, SSP Emilian Kayima.

ASP Wambesyo will be replaced in Kampala by SP Grace Kiveru who has previously been working in Sezibwa Region.

“Inspector General of Police has made the following transfers with immediate effect. The transfers are normal and geared towards effective service delivery,” SSP Emilian Kayima said in a a statement. 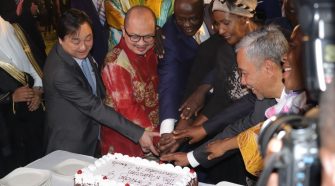